Next month will be a big one for your Society, a combined Social, AGM and general get-together in the magical miombo woodlands of Harare beckons.  Note the date, 26 June, venue 3 A Rockyvale Close, Chisipite, Harare, Time 9.30am.

The event is being hosted in the fabled Kingdom of Chameleons and in and around the venue you will see The Tallest Tree in Harare, The Largest Fever Tree in the World, the only Bucket-Fed Rainforest in Africa, you may stumble over a lot of Old Fossils, The Rockiest Terrain in Harare and you will undoubtedly rub shoulders with some of the Best Botanical Minds in southern Africa.

It was with much anticipation that a small group of us met at the Greystone Park Nature Preserve to be met by Richard Fairlie one of the custodians of the park and who kindly showed us around.  I must admit I hadn’t been there in many decades, even though the property is just down the road from where we used to live.  Of grave concern to the committee running it, is the proliferation of alien invasive species that abound in the valley through which the small stream runs.  Herculean efforts have been made to eliminate the poplars that lined the dam wall and this has been relatively successful.  However in the valley below the dam there is a raging green forest of invasives all scrambling for dominance and swamping out the locally adapted, indigenous vegetation.  This is strange and there are no easy answers because they are doing the right things, unwanted trees, shrubs and creepers are being chopped and dug out, but it seems that the natural vegetation that one would expect to see in highveld riverine areas is actually extremely vulnerable to invasion. When looking back across the valley I captured this photo of some dead and dying trees.  These were apparently not alien invasives that had been ring-barked or otherwise chemically treated, but mainly seemed to be either white stinkwood or river combretums.  Quite why they are dying –off in such numbers is not clear.  Certainly there must be some sort of imbalance in  the ecosystem, because the riverine areas are very fertile and strongly support trees like the flowering cherry, Kenya coffee shade trees, guavas and the like.  The dam wall was breached a few years ago and heavy rain saw the spillway raging and breaching the stone wall seen right.  This Nature Reserve has a steady stream running through the middle of it and obviously there is some leakage through the dam wall because the water is far from overflowing down the spillway.  Because of the work I do in agriculture and the huge interest these days in regenerative agriculture worldwide it would seem that the reserve may benefit from management in a way that Nature intended it to operate.  There are apparently a few small antelope in the park and some wild pig visit from time to time but the natural control of rampant trees and vegetation by large herbivores such as elephant, buffalo, hippo and the like probably too place more than a century ago. Acacia with many parasitic plants Photo by Rob Jarvis

No cattle or goats/sheep have replaced the wildlife and man in his wisdom has decided that preventing fire is still good for the environment, which it generally is.  However I’d wager that there is a case to simulate the effect of large herbivores by slashing down the undergrowth at the end of summer, try and protect planted indigenous trees better and give them space to reach for the sky.  With the good soil, ample moisture of the area there is no reason why almost any kind of indigenous tree adapted to these parts shouldn’t thrive.  The acacia, right was heavily laden with parasitic plants, further signs of stress. Further up the hill on the western bank of the river valley there was an area of almost untouched miombo woodland.  In stark contrast, this area had virtually no alien invasive undercover and the trees and vegetation generally were looking in fine form.  As we all know, having tried to plant typical miombo trees like the Brachystegias, Munondos and others that occur naturally in these woodlands, getting them established is very tricky.  However once up and running the miombo is well adapted to depredations by elephant looking for bark and foliage as browse or by man who frequently chops down great swathes of the woodlands for firewood or shifting agriculture.  If stumps are left, the trees regenerate and the living systems underground are what keep the woodlands in balance. Perhaps some of our members might be better placed to advise the Greystone Park Nature Reserve how best to regenerate the woodland area so that it reflects the typical woodland one would expect on doleritic red soils at Harare’s altitude.  In the picture to the left, looking down the valley from the dam wall virtually every herbaceous plant visible is an alien invasive.  The dead trees are obvious, but unfortunately they are almost all indigenous ones.

A perplexing situation and there is a lot of goodwill from supporting residents and eco-friendly companies to try and get the park into shape once again.  It will certainly make an excellent case study in time to come and we wish them well in their endeavours.

The Annual General Meeting of the Tree Society of Zimbabwe Any proposals/resolutions and nominations for office bearers (and any volunteers to be on the Committee) should be forwarded by email to the Secretary Teig Howson at: teig.howson@gmail.com by Thursday  23rd June if possible, although proposals and nominations will be accepted from the floor.  Venue details and directions to follow.  N.B. The minutes of the 71sth AGM held last year will be circulated again by email and thus will be taken as read at this years’ AGM.   You need to be paid up to vote – Pay your subscriptions in US$ at the AGM.

However, as we have done in the recent past,  we will be having the social on the same day, program below:

This social will be different! Lunch will consist of a Potjie and sides kindly organized by Rob Jarvis. Details to follow. Bring your own chair and drinks.

Plates and cutlery provided.  Big Prizes in the Quiz and Scavenger Hunt!!!!

Only a few of us turned up for this tree outing, but numbers doubled once church was over and the pupils joined us.  This outing was organized through Alison Stangroom who has been a teacher at the school for quite a long time. Arthur Garande, who set up the school Tree Club, also joined us in what turned out to be a very enjoyable morning. Although it was partly cloudy, the temperature was just right!

We first looked at the many trees on the rocky outcrop next to the Loyola Hall. Of interest was what we think is an Erythrina latissima which has never been seen in flower by the two teachers present.  Some of the trees to be seen on this outcrop were: Albizia gummifera, Euphorbia ingens, Schotia brachypetala, Calpurnia aurea, Pavetta gardeniifolia, Gardenia volkensii  and a few Brachystegia spiciformis and Julbernardia globiflora.  There was a large musasa very conveniently growing close to an equally large munondo which gave us a direct comparison for the pupils – the leaves and fruit were compared.

We then moved off to what used to be the Jesuit residence but it is now the Marketing and Development Offices. The first tree we saw there was a rather large Craibia brevicaudata and then a Croton sylvaticus with rather big leaves which cast doubt on the identification until we saw some fruit.  There was also a huge Tipuana tipu and an Acacia abyssinica with its many twiggy branches. However, the real interesting tree was a big bauhinia with many reddish/purplish flowers which looked really attractive and of note were the bilobed leaves – Mark has failed to identify the species. Nearby, in a shady spot, was a young Sterculia quinqueloba with rather big leaves.  Next to be seen was an ochna we could not identify. Moving along we came across three trees in flower which Mark identified as Bivinia jalbertii. Strange thing about these trees was that the side branches were not growing horizontally.

Further on we came across a huge Oncoba spinosa which looked rather like a squat tree. Nearby was an Erythrina we failed to identify which had leaves resembling an E. abyssinica but they were very green and smooth.

On the edge of the playing field we came across an Androstachys johnsonii. Ironwood which I associate with Gonarezhou. Then we came across what I thought was the highlight of the day – a tree with strange looking flowers from Australia – the flowers were upright very much like candles! This was a Banksia species, identified as Banksia integrifolia.

Some of the other trees seen but not included above: Koelreutaria paniculata, Cordia africana, Erythrina abyssinica, Melia azedarach, Acacia xanthophloea, Acacia sieberiana. By Tony Alegria – a repeat from TREE LIFE 496

I want to add more content to the Tree Society of Zimbabwe website and now the newly formed WhatsApp Tree Society Zimbabwe group has made this very possible.  Essentially we would like any member who sees something interesting on these particular topics to send in material as  I want to add three different pages to cover:

For you to contribute to this page, simply take photos of any galls you see and post the photos on the WhatsApp group with the name of the species of the tree the gall was seen on and also the name of the photographer. I will create a new page on the website as soon as I have enough photos to do so. Naturally there will have to be an introduction to galls at the top of the page and also a link to it from FAQ (Frequently Asked Questions)

Also included in the newsletter were photo examples of the above. To date I have only received a few photos of galls from three members, not many but enough to start the page off. And whilst editing past newsletters I came across an article on galls in Tree Life 205 which I have added to our website under Odds & Sods. So read the article and then have a look at the photos of some galls in the Gall Library under Gallery on our website.

I still need photos and details of anything requested above.

A taste of what you will see this coming Sunday at Mbiti Lodge in Darwendale at the Bruk-Jackson’s beautifully laid out premises on the banks of Darwendale Dam.  Some excellent trees have been preserved around the tented camp and the birding opportunities at Darwendale are excellent.

So hope you enjoy this Tree Life, Sheila and I shall be away for about a month visiting relatives in the United States and by the time we get back we should have visited, Yosemite, Yellowstone, Grand Tetons, Arches, Redwood and Sequoia National Parks.

We are likely to have a few tall tales to tell!  In the meantime can you all do your bit to hold Zimbabwe together!

The picture below is of the amazing miombo woodlands of the Mkushi Block in Zambia, surrounding some farmland carved out of the forest.  Perhaps a place the Tree society could visit in the future. 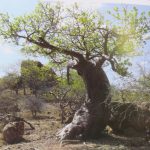 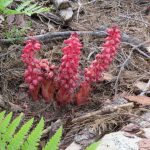