Saturday 2nd November: Botanic Garden walk. Join us for an hour and a half in this beautiful garden. We will start at 08:30 a.m. from the car park.  Bring a friend and enjoy time in this peaceful place.

Sunday 17th November:  Henry Hallam Dam.  We advise that only high clearance  vehicles should be used on these dirt roads.  If you would like to share a lift, meet at the car park at the Mukuvisi Woodlands at 9.00 am. Bring your lunch, hat, plenty of water and a chair.

TREE OF THE MONTH  Synsepalum chimanimani

Our Tree of the Month is brand new to science, if not to Zimbabweans.  It is a species of Synsepalum that grows to a height of around four metres in low-altitude evergreen forest in the south-eastern foothills of the Chimanimani Mountains. For years it was mistaken for Synsepalum kaessneri, a rare tree that grows 1,500 kilometres to the North, in lowland forests in Tanzania and Kenya. Botanist and former Vumba resident Bart Wursten told me that he had been contacted by Iain Darbyshire, from the Royal Botanic Gardens, Kew. Iain had been doing some research on Synsepalum and had a hunch that  the specimens from our region were different from the East African ones. But he had no flowering specimen to work with.  Bart however had collected one from the Mozambican side of the Chimanimanis. “Finding the flowering material was just a question of luck, being in the right spot at the right time,” Bart said.  “I then took images of the flowers under a microscope at the Belgian Botanic Institute where my wife Peta works. I sent the images to Iain and they confirmed his theory that they indeed had a different morphology. We then decided to write up the new species” he added. Their findings were published in October 2019 in the journal PhytoKeys. Although the two trees are similar, the leaves of S. chimanimani are smaller and narrower and its flowers – which grow in beautiful clusters along the branches beneath the leaves – are almost stalkless. The flowers of S. kaessneri have short stalks.

Although this is an exciting breakthrough for botany, like so many new species described by scientists, S. chimanimani has already been assessed as endangered by the International Union for Conservation of Nature. It’s known to grow in just five locations in Chimanimani, alongside a number of other rarities like Wild coffee, Coffea salvatrix with its white star-like flowers, and the magnificent but critically-endangered herb, the purple-petalled Streptocarpus acicularis.

The entire extent of occurrence of S. chimanimani  is just 16 km2. Sadly though some of these areas are under threat from slash and burn agriculture. Although part of its population is well protected within the core zone of the Chimanimani Trans-Frontier Conservation Area (TFCA), it is threatened by extensive destruction and degradation of its forest habitat within the buffer zone of the TFCA, particularly within the Maronga and Zomba communities of Mozambique,” Bart and Iain wrote in PhytoKeys. Infestation of the Bee Bush in Vumba. Photo Ryan Truscott.

To make matters worse, human disturbance aids infestation by the infamous bee bush, Vernonanthura polyanthes, that horribly invasive plant from Brazil introduced to Mozambique as bee forage over two decades ago. It has spread rapidly throughout the Eastern Highlands (see below), and Chimanimani hasn’t been spared. The authors recommend declaring the lowland forests of the Chimanimani TFCA an Important Plant Area to aid conservation.

Let’s hope the newly-described Synsepalum chimanimani can become a flagship species to help them do just that.  But wait, there’s something missing. What about a common name for the tree? I asked Bart if there are any plans to give it one. “The original name in Zimbabwe for S. kaessneri (as we then knew it) was Stalkless Miraculous-berry,” he said. “The logical name in my opinion would be Chimanimani Miraculous-berry for our species.”    Sounds wonderful!

Due to the present fuel situation, we decided to spend our 3rd Sunday morning outing at a venue closer to town and we decided to go somewhere we hadn’t been before.  Thus on a hot sunny Sunday morning, we met at the National Botanical Garden car park and then drove to the far end of the garden, having received permission to do so. The 10 of us parked under large trees, Zambian Albizias called Albizia coriaria, in the area which the site map calls the Southern African Savanna Woodland. Albizia coriaria has a fairly large distribution in the West of Africa, with Zambia and Angola being the southern limits.

Present were: Meg,  Jan,  Dawn,  Gillian,  Ann and Jim and myself, with new faces being Alice, Paula & Werner. A while later, Marina joined us – how she found us is pretty amazing as we were nowhere near where we normally botanise.

We began by investigating a dead Acacia which by its features looked like it could be an Acacia sieberiana or an Acacia abyssinica.  Nearby was another tree which also looked dead but on closer inspection had a couple of  “frilly” red flowers and a few trifoliate leaves,  thereby making it Erythrina abyssinica, the Red-hot Poker tree.    We noticed galls on a Combretum molle, the Velvet-leaved Combretum and also saw galls (which Meg calls the ‘Msasa Rose’ because of their shape) on a Msasa tree.  Meg then explained how galls are formed on trees and that lead us to look for and find more of them – lumps on various leaves.  Then we also did something we hardly ever do – looked at the differences between the Msasa and the Munondo. We then found Senna singueana, Winter Senna;  Cussonia arborea, Octopus Cabbage tree; and Acrocarpus fraxinifolius, Kenya Coffee Shade tree, before coming across a Dombeya rotundifolia, Wild Pear in new red leaves. This brought about the “built-in suntan lotion” story to protect the tender young leaves against the harmful rays of the sun until such time as the leaves were sufficiently hardy and no longer needed the suntan protection and thus turned green.

Then we came across something I hadn’t seen before – Strophanthus courmontii, the Tail-less Tail-flower, a liana with medium-sized flowers and large fruits. Not far from where we saw the first one was another very large one climbing high into a Msasa.  Here is a description from Wikipedia: “A liana is any of various long-stemmed, woody vines that are rooted in the soil at ground level and use trees, as well as other means of vertical support, to climb up to the canopy to get access to well-lit areas of the forest.”  In-between the two lianas was a tree that had fruit resembling a Saucerberry but the leaves were trifoliate – no idea what it was – see the image. The last tree we investigated was a Sterculia which had fruits in fours and simple leaves that unlike other Sterculias were not lobed.

Some of us brought refreshments and enjoyed a chat at the end of our outing, whilst others were in a hurry to go and watch the World Cup rugby  games!

One of the oldest named trees – when the dove returned to the Ark for the second time it carried a fresh branch of olive in its beak.
The Greeks made it their symbol of wisdom and only chaste men and virgins were allowed to grow it. The Romans called it ‘the tree of Minerva’ and venerated it. Those asking for a cessation of hostilities would carry an olive branch – peace being a form of wisdom.

The tree gives the Mediterranean countries wood, leaves and fruits, in other words provides them with shelter, warmth, food and remedies. The ancients made great use of olive oil in their food and in the care of their bodies. Athletes rubbed themselves from top to toe to keep muscles and joints supple and also employed it internally for liver complaints and gallstones.

To prevent intoxication swallow a tablespoon of olive oil before wining and dining. Externally, olive oil mixed with the white of an egg, is a soothing ointment for burns and insect stings. A tea made from olive leaves is recommended for hypertension, angina pectoris and diabetes – lowers blood sugar level. The infusion is also used for cleansing wounds and promoting healing. In some countries the leaves are used for tanning leather.

Wild Olive – Olea europaea subsp. africana
A hardy, drought and frost resistant tree, the beautiful wood of which is used in carvings. Propagation by seed is easy and the commercial olive tree has been successfully grafted on to the wild olive. All pieces of the bark and wood left after carving are saved for kindling as the inhaled smoke clears the head.

An infusion of the fresh leaf is an excellent eye bath and a pad of cotton wool soaked in the tea and placed over closed eyes is soothing and relaxing. The leaves boiled in water makes an effective gargle for sore throats while a  decoction of the root is used for bladder and kidney ailments. The powdered dried leaf stops bleeding and is still used by some tribes.

The wild olive is the tree emblem of the Orange Free State in South Africa.

Sand Olive –  Dodonaea viscosa
This tree grows amazingly quickly and pruned can make a very attractive shrub – often used as a hedge – the winged seeds germinate freely. It has been used medicinally for many years. A tea made with the leaves and fruit is sipped to ease colic, gripes, diarrhoea and nausea. The same brew will bring down a fever and used as a wash will cool and comfort heat rash and inflammation. Used as a gargle this tea soothes a sore throat and a tea made of the root is for coughs, colds and bronchitis.

Compresses of the leaves, warmed and placed over strained muscles and sore back, will ease the strain and pain. The winged fruits used in potpourri absorb the aromatic oils wonderfully and retain the fragrance a long time.

During the last month there has been an increase in ‘hits’ on the Tree Society’s website, from 541 last month to 667 this month.  These came from:

White Jacarandas is the most visited page followed by the Nurseries page.

Additional content added to the website during October has been copied from various Tree Lifes, as well as articles from previous newsletters:

Many thanks to Mary for supplying all of the above. See them all on the website via Odds & Sods or via FAQ.

Subscriptions are now overdue.  If you have not paid please settle, soonest. 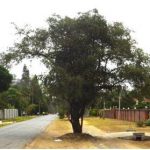 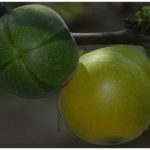