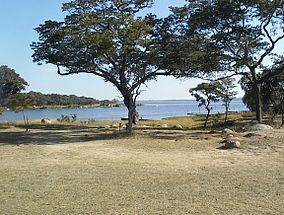 Directions:  Take the Bulawayo Road to the park entrance. Pay entrance fees of $5 per car and $5 per person.

Bring all you need for a picnic lunch as usual.  Mark will lead us

Directions: Take the Chiremba Road from Harare or come down Glenara Avenue South to the intersection with Chiremba Road. Turn left at the lights. Shortly after Athol Evans on the left, turn left into Ford Road, continue for a short distance to the T-juncton with Blatherwick Road. The gate to the woodlands is on the north side of Blatherwick Road. Park inside the gate.

But to save the forests, the world needs to find somewhere else to grow its food

When Michael Williams, a British geographer, sat down in 1994 to write a chronicle of deforestation, Deforesting the Earth, he had a useful aide-memoire. Flashing near his study, outside the Los Angeles branch of the Hard Rock Café, was an ever-diminishing neon number, representing the remaining area of rainforest. It counted down at about 20 hectares a minute, at which rate no rainforest would be left by the end of this century.

Despite a faddish Western concern for tropical forests, more were cleared in the ensuing decade than ever before. Most tropical countries, being poor and weak, could not have prevented that even if they had wanted to, and most did not. Anxious greens switched to another losing cause, mitigating climate change, and the Hard Rock Café took down its sign.

The world is now doing better by its forests. It is protecting more of them, logging them a bit less rigorously. Above all, there is REDD (Reducing Emissions from Deforestation and Forest Degradation). As a serious effort to make standing forests more valuable than razing them for agriculture, it is unprecedented. And unusually in the fractious UN climate negotiations from which it sprang, REDD has the backing of both rich and poor countries. Indonesia’s recent vow to suspend commercial clearance, in anticipation of its billion-dollar gift from Norway, was a big boost.

But if REDD is unprecedented, it is because so is the threatened climate calamity, and forests have a lead part in that. They are the cheapest large-scale carbon-sequestration option available: they actually consume the stuff. This presents a big opportunity. Through afforestation, reforestation and cutting down agricultural emissions, by one estimate, carbon dioxide equivalent to 40 parts per million could be extracted from the atmosphere by 2050. That would roughly match global emissions over the past three decades.

Conversely, when forests are cleared or die back because of global warming, they emit carbon. Canada’s beetle-plagued forests are a net carbon source. Since forests hold half of all terrestrial carbon, this presents a huge threat.

To mitigate it, natural forests must be conserved. This is an excellent thing to do anyway. Forests provide myriad other benefits, especially in hydrology and by hosting millions of species. Appreciating forests just for their carbon, says Tom Love Joy, an American biologist, “is like valuing a computer chip only for its silicon”.

Does the recent push on forest conservation stand much chance? That will depend, firstly, on REDD delivering the promised cash. Indonesia’s decision to stop clearing, which will slow the growth of its palm-oil industry, was not just for the good of the planet. The country hopes to collect perhaps $10 billion a year from REDD.

But even if REDD money flows in spate, it will not be enough to stop the clearance on its own. Large-scale forest conservation is difficult because no two forests are alike. And it can be impossible without a state that operates at a minimum level of efficiency, which many tropical countries fall short of. They are also the places where most forest is most directly threatened by an exploding human population.

Limiting the damage will require a global rethink of land use, which capable countries must lead. Above all, with the human population set to increase by half over the next 40 years, the world needs to work out where its food is going to be produced. There is enough degraded land available—maybe a billion hectares—to ramp up production without clearing forests. But this is hard to pull off in weak states teeming with peasants in search of somewhere to plant their crops. And it is made harder by undiscerning foreign-trade and investment policies. It is no good China planting kingdoms of eucalyptus at home while bulldozing Congo’s rainforest to grow palm oil.

A philosophical shift is required, to recognize how precious forests are. It will probably happen as climate crises multiply. But it may not come fast enough to save what remains, in Michael Williams’s phrase, of “the incomparable green mantle that clothes the Earth”.

The Chairman, Mark Hyde, is holding further stocks of this always-popular book at the following prices:

Please contact him if you are interested in buying copies. Remember that there is a financial gain to the Tree Society from these sales.

Clair Cullinan has given me three publications, which are available, on a first-come, first-served basis, from me to anyone willing to come and collect them from my home (29 Harry Pichanick Drive, Alexandra Park). 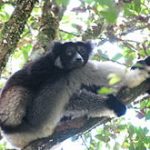 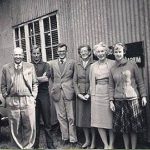