The Tree Society has arranged a three night outing to Aberfoyle Country Lodge from Friday 17th to Monday 20th September.  Aberfoyle is situated in The Honde Valley, a beautiful and very different part of Zimbabwe. 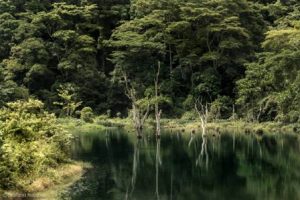 It is about 330 km by road from Harare. Directions will be given to those participating.
Standard activities at Aberfoyle include Bird Walks, Fishing, Golf, Canoeing, Spice Garden Tour and Rain Forest & Waterfall Exploration so there is a lot of interest in addition to the flora, and we hope to enjoy the social aspect also.
The cost is $90 per person ($30 per night) self catering.  Space is limited.
To make your booking please get your money to Mark Hyde or Bill Clarke by Friday 6th August.

Sunday, July 18th: Visit to Raintree, Umwinsidale
This month for our main outing we have a new venue, Raintree, suggested by Richard Oulton. This is situated alongside the Umwinsi River and we hope to see some interesting riverine species of tree.
Please bring a chair, water and a hat and a packed lunch. We will meet at the usual time of 9:30 am.
Directions: Take the Enterprise Road towards Shamva until you get to a garage on the right called ZX Fuels. Just beyond the garage turn left into the Umwinsidale Road. Travel 3.1km and you will see a log sign on your right “RAINTREE”, which is 600m down that road.
Note: There will be an entrance fee to Raintree of US$5 per person.

We intend to reinstate on a regular basis the 4th Saturday afternoon walks. These are usually at places within Harare, and we often look at herbaceous plants and weeds and aliens as much as indigenous trees.
This month we will be visiting Greystone Park Nature Reserve.  We will meet there at 1430 hours

Considering that the outing took place a couple of days before the winter solstice, it was a beautifully warm day and foliage was still in reasonably good condition for identification purposes.
An easy drive took us to a remarkable patch of Brachystegia tamarindoides (previously glaucescens), generally known as “mountain acacia” a complete misnomer as the tree bears no relation to the acacia genus.
Inclusive of our hosts, Mary Lovemore and John Danckwerts, our party, led by Mark, consisted of 18 people.
Chedgelow, not far from the airport and adjacent to Kutsaga, is at an altitude of 1437m, 17°57,827’ South and 031°07,298’ East, with granite outcrops and sandy patches in between. It is one of the best sites we have visited lately, and the biodiversity we encountered was exceptional for Miombo woodland.

The first thing to greet the visitor was the spectacular profusion of Aloe chabaudii sprouting from every crevice between the granite blocks, displaying their much branched inflorescences in various shades of pink and red, outlined by patches of dark-green Sansevieria.

Maybe less spectacular but just as interesting was the number of Rubiaceae present. Mark took to heart to remind us that the Rubiaceae family was one of the largest in Southern Africa and that they were fairly easy to identify as a group.
· Leaves are always strictly opposite (in Gardenia there are three leaves but they are still growing from the same point)
· Stipules are always present and, if they have fallen off, there is an interpetiolar scar between the leaves.
· The leaves are always entire.
· The ovary is inferior, and thus the fruit is crowned with the remnants of the calyx or at least by a circular scar.

The first Rubiaceae we looked at was from the genus Tricalysia, four of which are found in Zimbabwe. The one we observed was a Tricalysia niamniamensis.  Another common group within the family is the Pavetta species, all of which have noticeable bacterial nodules in the leaves. Three of them are common here, but the one we looked at was a Pavetta schumanniana. 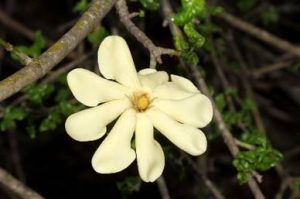 Another family of tremendous diversity is the Fabaceae, previously known as Leguminosae. The family is so large that it has been divided into three distinct sub-families:
The Mimosoideae (the Acacia and Albizia sub-family)
Petals reduced or absent, stamens many and conspicuous, flowers many in dense spherical or elongated spikes white or cream—leaves for the most part bipinnate.

The Caesalpinioideae (the Musasa and Munondo sub-family).
Petals usually present with back petal often different shape or colour—leaves mostly paripinnate (can also be bipinnate, bifoliate or simple).

In the Mimosoideae, we saw Acacia schweinfurthii and Albizia antunesiana.

Altogether we identified some 63 species in 29 families. This must be a record for a Miombo forest type of environment.

Surely our harvest of identified species, coupled with the beauty of the ever pink and red tones of the chabaudii through our wanderings, will make this outing one of the most memorable of the season.

Rosemary Browne
This is to let members know the sad news that Rosemary Browne, who was a member of the Tree Society for many years, passed away in the USA on June 6th. Her daughter, Pippa, will be in Zimbabwe from July 8th and will be arranging a celebration of life/memorial service for Rosemary at Windmill Lane at 3.30pm on Saturday, July 17th. All who knew her will be welcome to attend.
Mark Hyde

Meg’s New Book
After 10 years of collaborative endeavour, Meg Coates-Palgrave has a new book coming out in the near future. To give the book its full title, it is: Dictionary of names for southern African trees: Scientific names of indigenous trees, shrubs and climbers with common names from 30 languages. This book is a comprehensive catalogue of scientific and popular tree names for all southern African trees, including selected shrubs and woody climbers. Each tree species is cross referenced to its currently accepted scientific name, all common names listed, as well as any botanical synonyms frequently encountered in the literature.

Southern Africa not only has an extraordinary diversity of trees but is also a region where many tongues are spoken. Over 24 000 common names recorded from 30 languages are included, making this the most comprehensive list of southern African indigenous tree names published in a single volume. Not only will this publication serve as an essential reference for all those interested in plants, but it should also prove useful to a broad spectrum of other users, including linguists, translators, journalists and anthropologists. The 960-page volume also includes 2 100 distribution maps as well as illustrations.

The book also features:
• the most comprehensive list of indigenous southern African tree names published in a single volume
• standard and alternative common names from 30 languages
• information on the structure and sound system of each language to assist in the correct pronunciation of common names
• updated tree numbers for both the South African and Zimbabwean systems
• distribution maps, as well as the associated vegetation type(s) for all entries
• illustrations of selected tree species
• nine cross-referenced indexes to facilitate the retrieval of different categories of information, and
• guidelines for spelling of common names in English and Afrikaans.

The book is being published by Briza Publications and will be out in October this year. Briza are offering a number of special subscribers’ editions that are likely to become real collector’s items. These include numbered and very handsome limited, leather-bound editions. But there is a deadline of July 31st to order these special editions. The contact details for Briza are as follows:

Birch trees are the favourite trees of mythical creatures which inhabited Russian Forests known as “Forest Devils” or “Genii of the Forest”.

These beasts were said to view the world from the top of the trees. Able to transform their shape at will, from the same height as trees when in the forest and as small as the smallest blade of grass when on open land. They may be made to appear by cutting Birch branches and placing them in a circle with the points towards the centre.

Placing a branch of the Birch tree above the front entrance to a property was thought to provide protection from any evil spirits and misfortune.

The bark of the Birch tree was traditionally used in ancient times for writing, as it is extremely durable. It also provided the material for the hull of the birch-bark canoes of the native Americans.

During the American War of Independence, a group of African American slaves were returned to Sierra Leone to settle in the ‘Province of Freedom’. The former captives were said to have been gathered around the Cotton Tree, which was said to have previously been a slave market. Other groups of freed slaves (who were from different parts of Africa) gathered on the settlement and called the place Freetown, now the largest city and also the capital of Sierra Leone. The Cotton Tree is believed to be more than 500 years old today. It is a treasured symbol of the city. 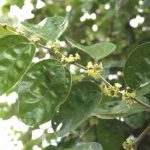 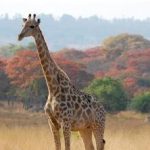