There will be no Botanic Garden Walk this month as Tom is away in Europe.

Sunday July 19th: Main Outing.  Jacana Yacht Club, Lake Chivero. We have had two visits to Jacana in recent years (12 November 2006 and 15 July 2007) and have seen much of interest there. The altitude is a bit lower than Harare (1380m), which means that there are slightly different flora and there are some interesting habitats such as very large termitaria and the plants at the edge of the lake.

The usual entry fee is US$5, but we have negotiated a special fee of US$2 per head, on condition that we buy their drinks. These are sold on a ticket system and ticket books cost US$10 each. I am sure that this will not be onerous.

Tales from the Green Dragon—A virtual pub.  Our Very Own Royals

[This article is by Dr Hugh Glen, Specialist Scientist at the KwaZulu-Natal Herbarium (a division of South African National Biodiversity Institute) and Vice President (Africa) of the International Association for Cultivated Plant Taxonomy. While this is not local material, Dr Glen does draw upon our very own Meg Coates-Palgrave. But is it true that all species of Streletzia can be claimed as ‘South African’? – Ed.]

Believe it or not, I do occasionally stick my nose out of the pub! Not long ago I had cause to forsake its comforts and go on an expedition to the Cape. During the journey there I saw a plant that seemed to me to require at the least a royal fanfare — but I don’t think our editors would be able to Handel it if I asked for Zadok the Priest or the Queen of Sheba at this point..! The tree in question was the very rare and localised Strelitzia alba, which was once confused with several other species under the name of Strelitzia augusta, a name now abandoned because it generated so much heat and so little light. There are five species of Strelitzia, all South African and all well worth growing, though one or two are very difficult to come by legally. So although the tree I saw was in a protected area, it was right next to the road, and I not telling you which road.

The genus is named after Charlotte von Mecklenburg-Strelitz (1744-1818), who became Queen to George III of Britain in 1761 The plant that inspired the logo that graces this column is Strelitzia reginae, an Eastern Cape species that manages to be named after her twice, as the specific part reginae means ’the Queen’s’. This is the commonest species, and has achieved worldwide fame, becoming the floral emblem of the city of Los Angeles, among other things. And the tourist authorities in Tenerife and Gran Canaria wax so lyrical about their garden estrelitsias that you might think they invented the things. No way! They grow naturally in the dry, thorny bush of the Eastern Cape, where it can easily take half an hour to hack your way through ten metres of vegetation (not that you should be doing such a thing). The other ‘small’ species is Strelitzia juncea, which looks very similar to the one we all know and love. The word junceus means rush-like or slender, and so it comes as no surprise that the leaves are reduced to metre-high rods with no blade at all, or just a little tiny narrow bit that looks like a spoon at the very tip. This plant used to be almost unobtainable, but in the last year or so I’ve seen increasing numbers of small plants in nurseries. Grab one if you do; they make great garden conversation pieces.

The other three crane-flowers are tree-sized, and again we can start with royal connections. The common one on the KwaZulu-Natal coast is Strelitzia nicolai, the coastal Strelitzia. The scientific name commemorates Tsar Nikolai I of Russia (1796-1855), whose gardeners managed to grow one under glass in St. Petersburg in the mid-19th century. This plant was described as a new species, and this was the first time our coastal Strelitzia was recorded scientifically. It can be distinguished from the other tree strelitzias by the way one spathe of flowers grows out of a previous one, so that they form what Meg Coates-Palgrave very aptly calls a ‘multi-storeyed structure’. It seems as if every garden in Durban has a clump of these, and so we now tend to overlook their ‘Wow!’ factor somewhat.

In the Drakensberg of Mpumalanga and Limpopo, and in the Chimanimani on the border of Mozambique and Zimbabwe, you may get to see a plant that looks like the coastal Strelitzia we know so well, but with only single spathes of blue-and-white flowers. This is Strelitzta caudata, the mountain Strelitzia. The name caudata means ‘tailed’, and refers to the shape of the base of the petals. The plant is widespread enough that one feels it ought to be a good garden subject, but I don’t recall ever seeing it in a nursery. I suspect we need a specialist grower who sells to collectors, and that kind of nurseryman is far too rare!

And talking of rare, Strelitzia alba has snow-white flowers, hence the name, and it’s almost as rare as hen’s teeth, so I’m not saying another word.

What’s that? You have a Strelitzia with multi-storey green flowers? No, you have the Traveller’s Tree, Ravenala madagascariensis from (obviously) Madagascar. They’re fascinating plants, they get enormous, you see them on sale occasionally, and they also make a great conversation piece in a warm garden.

[Republished in the interests of science from The Gardener, May 2009. The Gardener regularly publishes the ‘Tales from the Green Dragon’ column by Dr Glen. Visit www.sanbi.org for more information on the work done at the South African National Biodiversity Institute.]

With support from Oliver Mtukudzi, Zimbabwean charity Environment Africa has launched itself in the UK under the name Tree Africa. Tree Africa hopes to offer an effective way both to protect Zimbabwe’s environment and uplift the livelihoods of vulnerable communities.
The UK office aims to raise its profile and generate income in order to replicate successful environmental and community projects. The CEO is Zimbabwean Charlene Hewat.
The website is: http://www.treeafrica.org.uk/ 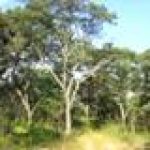 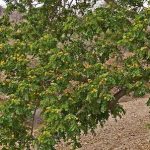