Those who think the main use for willow trees is to provide the raw material for cricket bats are in for a surprise. Short rotation coppice willow (SRC) (Salvia viminalis) is being grown as a fuel for a new biomass-powered power station in Scotland.

As an energy crop, SRC willow has vigorous juvenile growth thanks to its ability to coppice, or resprout, from the stump remaining after harvest. The crop is established from cuttings produced by specialist nurseries, planted in the spring and cut to ground level at the end of the first year to promote the development of multi-stemmed stumps. Growth is extremely fast after cutback, as high as 4m in the first year. Under UK conditions, it grows to 6 or 7m in three years.

SRC can be harvested on a three-year cycle and has a viable life of 19 to 25 years. Yields vary depending on the site, weather and other factors, but can be expected to be in the range of 21 to 36 tonnes of dry-matter per harvest or 7 to 12t/ha of dry-matter per year.
SCR dry-matter has an energy content of roughly 19MJ/kg, or 45% of the energy in an equivalent volume of light fuel oil. This gives a mean annual energy production equivalent to 3 300 to 5 700 litres of oil per hectare.

The willow, a renewable biomass crop, which will be used to feed the groundbreaking Stevens Croft power station in Lockerbie, Scotland. The largest wood-fired power station in the UK, Stevens Croft has a 44MW capacity and will burn a mixture of forest residue and specially grown SRC willow. A biomass-powered station on this scale could power up to 70 000 homes, and create up to 340 jobs at the station itself and in forestry, sawmilling and agriculture. Almost all the fuel will be sourced from within a 100km radius of the plant.

Specialized machines are being developed to handle the requirements of SRC willow production. A specialist header unit is an attachment for the a range of forage harvesters. It is claimed the combination has a harvesting capacity of over 8ha/day. The new header attaches very easily to existing forage harvesters, like maize, grass and whole crop headers, so it doesn’t take hours to modify the machine. Heavy-duty forestry feed rolls have been developed so the machine can cope effectively with the tough material.
The new willow header was developed as a prototype in Yorkshire, UK, last year. Since then it has been tested and refined and is now being manufactured in the US. Fitted to a forage harvester, it can harvest coppice willow at forward speeds of up to 12,5km/h. It is claimed it can tackle stems of up to 200mm diameter and trees up to 12,5m tall!

The Editor, Tree Life,
I am currently trying to map the distribution of miombo (Brachystegia/Julbernardia formations) across southern Africa towards a general aim of better understanding the distribution of the miombo specialist avifauna. While the Flora Zambesiaca map (Wild & Barbosa 1968) shows where miombo is dominant over landscapes, there are patches which are obviously too small to map at such broad scales.

These patches are important because many will be able to support small, fragmented populations of some of the miombo specialists. The distribution of the Mashona/Southern Hyliota is of particular interest because it was discovered recently in the patch of miombo at Gundane Village in the eastern Soutpansberg, northern South Africa. The hyliota is known to occur in Zimbabwe only in well-developed miombo, and it probably breeds in northern SA, but the patch is very small (c.20ha) and can only support a few pairs of hyliotas. This is remarkable because it means that this tiny population has either managed to hang in for a considerable time—since the last palaeohistorical contraction of the Miombo Region—or it is supported by immigration. (The other alternative is that there is more habitat for it in northern SA—either more (unknown) patches of miombo, or it is able to use other non-miombo vegetation which functions like miombo.) It is known to move into riverine acacia in the southeast Lowveld during the dry season, but these are probably only short-distance movements (of birds from adjacent patches of miombo). The nearest known birds to Gundane occur in B. glaucescens on Mutandahwe (375m asl) in the Save Valley just north of the boundary to Gona-re-Zhou NP, some 200km away. It is unlikely that birds make it to Gundane from n. Gona-re-Zhou, but there might be other, unknown (sub) populations between northern Gona-re-Zhou and Gundane. The distribution of B.glaucescens is of particular interest since it can occur on even quite small kopjes in hot, low-lying areas, especially in the southeast Lowveld, where these intercept the moist, southeasterly airflow. Therefore its distribution on the granite inselberg and kopje landscapes south of the watershed—from the Matobo Hills to Bikita and northwards is important, but incompletely known.

I am writing therefore to ask if there is anyone who knows of stands/colonies—even small ones—of B.glaucescens away from the Miombo Region (i.e. away from the central plateau). In particular, (i) does anyone know of its occurrence in the Gwaranyemba CLs west of Gwanda? Another potentially important area is (ii) the Mateke Hills. A Rhodesian Schools Exploration Society survey of this area did not find it, but it is a relatively large area and a colony of B. glaucescens could have been overlooked. Have any members visited these areas and botanised there? If members know of any colonies in other areas away from the plateau, I would be grateful to hear of them.

During the course of this inquiry, I have learned that much of the early vegetation survey work was published in the Rhodesian Agricultural Journal—some of this vegetation mapping is the only work that exists for much of the country. I have tried to source this journal and have had difficulties as it is not widely available even in South Africa. I recently visited the Entomological Library of the Natural History Museum in London which holds it, and having read through a selection of the issues, realised fully what an important resource this is. So I am also writing to ask if there are any members who have or know of anyone who has a set which they are looking to off-load. I cannot say how the libraries and other collections in Zim’s research institutions are faring, but there are worrying signs of a loss in integrity; e.g. the loss of the only known copies of some data. These data are crucial for understanding fully the patterns of distribution of Zimbabwe’s biodiversity which is fundamental to the correct management of its natural heritage. There is a real need for a “stock-take”, which will be a mammoth task, and until this can be done, there is a need for consolidating data into collections that can be looked after.
Yours sincerely,
-Anthony Cizek
anthonycizek@mac.com

Note: I have used the RAJ in the Ministry of Agriculture’s library on Borrowdale Road and can confirm that this collection is incomplete. The most likely bet for a complete collection in Zimbabwe is the National Archives.
– Ed. 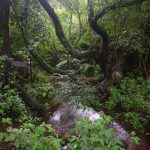 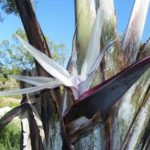