January 20th (3rd Sunday): Mukuvisi Woodland.  This month we are spending the day in the Mukuvisi Woodland, using the Blatherwick Road entrance. This area is one of the Society’s favourite places, combining some nice habitats, interesting trees and a rich herbaceous flora. As we will be visiting at a wet time of the year, we hope to see much of interest.

We will meet at 9.30 am. Bring a chair and your picnic lunch.

This outing will also be at one of our favourite stamping grounds, namely Greystone Park Nature Reserve.

With respect to the on-going Acacia name-change saga, Tree Life readers will be interested to know that research shows that people in KwaZulu-Natal in South Africa were selecting Acacia for firewood before humans arrived in Australia.

The date of about 60 000 years ago for the earliest evidence of Homo sapiens in Australia is contested, whereas there is reliable evidence that good fire fuels such as Acacia were being deliberately gathered and used in hearths 60 000 years ago at Sibudu Cave, some 45km north of Durban.

Middle Stone Age research at Sibudu Cave is currently being undertaken by a multi-disciplinary team of local and international scientists, under the guidance of a team leader at the University of the Witwatersrand. The archaeological project is aptly named ACACIA, an acronym for Ancient Culture and Cognition in Africa. One of the aims is to investigate human behaviour that can be considered modern; another is to document vegetation change in the area. Identification of seeds and of charcoals has shown the presence of both Acacia seeds and charcoal in deposits that have been reliably dated, by optically stimulated luminescence of quartz grains, to 60 000 years ago.

So the use of good Acacia ‘braai’ wood has a long history in southern Africa. The wild peach, Kiggelaria africana, is an evergreen tree that belongs to the Kei-apple family, Flacourtiaceae. When it grows in a forest, it usually forms part of the forest undergrowth as a shrub, but as a free-standing tree it can reach a height of over ten metres. It has a smooth grey bark, which becomes flaky as it gets older. Its leaves are fairly narrow and long with a smooth or slightly toothed edge and resemble the leaves of a peach tree, hence its common name. They are shiny green above and a lighter, often grey-green below. In young trees, the leaves are covered in short grey hairs, which is lost in older individuals.

The small, pale yellow-white female flowers occur singly on little stalks on the female tree whereas the male florets arise in trusses from an untidy looking, bushy inflorescence (flower head). The wild peach flowers from June or July until as late as December. The globular green to yellow-green, rough-skinned fruit, of course, is only found on female trees, suspended from a stalk. The wild peach tree was named after Franz Kiggelaer, a Dutch botanist, who lived from 1648 to 1722.

Ed: The following is an edited extract based on a piece by J. M. Claassens in the March 2007 issue of Veld & Flora.

LIFE IN A WILD PEACH TREE

The wild peach tree, Kiggelaria africana, occurs not only in Zimbabwe but also along the south and east coasts of South Africa, and quite far inland, as well as north as far as Kenya. It thrives on the edges of forests and is often encountered in ravines and rocky outcrops of grass-covered mountain slopes.

Wild peach trees are also found in many gardens and parks and along roads. They are not only good shade trees, but a rich assortment of wildlife depends on these trees for survival. They are readily grown from seed, and indeed, seedlings can be found growing under a female tree in abundance, and are easily transplanted.

Uses for humans
The common Zimbabwean name for the tree–‘pinkwood’–derives from its use for the extraction of a pink dye. The tree has also been used for the extraction of hydrocyanic acid. The wood of the wild peach tree is quite hard and tough and has been used in carpentry, in the manufacture of farm implements and as building timber. The voortrekkers used it to make spokes for wagon wheels, hence the Afrikaans name ‘speekhout’, or ‘spokewood’.

Other insects may, of course, also play a role in pollination. Sweet-loving ants enjoy free meals of nectar from the flowers, and many insects can be seen sucking the sap of the leaves and the juicy tips of branches of the tree.

The ripe fruit splits open, exposing the black seeds that are covered in an orange-red, sticky material. Many different bird species–e.g., red-eyed turtledoves, red-winged starlings, mousebirds, and bulbuls–search the tree for the seeds, swallowing them avidly. The seeds thus provide a source of food for seed-eating birds, which in turn assist in dispersal of seeds and hence in the spread of the wild peach. The cyanide content of some parts of the wild peach renders it unpalatable to most insects, but its leaves are a very important source of food for the larvae of the garden acraea butterfly, Acraea horta, which is by far the most common species associated with the wild peach tree in South Africa. The larvae of the garden acraea feed on the leaves of the tree, but they themselves serve as food for cuckoos and assassin bugs. The larvae and pupae are also a source of food for the larvae of parasitic wasps, one of which itself is parasitised by other wasps, -and a parasitic bristle fly.

Another South African butterfly, less common and more restricted in geographical distribution, the battling glider Cymothoe alcimeda alicimeda also feeds on the wild peach.
The fast-growing wild peach trees, apart from their inherent aesthetic value, attract wildlife, offer comforting shade, act as dampers of noise and dust pollution and often secure a measure of privacy between neighbours … even in the smallest of suburban gardens.

They also provide for many fascinating interactions between themselves and animal life that can be observed by those who love nature in all its diversity of shapes, sounds, smells and movements, all of which change from season to season.

Note: Young specimens of Kiggelaria africana can be found at several nurseries in the Harare area. –Ed.

Mary Clarke, one of the Tree Society’s long-standing members, passed away in Port Alfred on 24th August after a 3-month illness.

Mary was exceptionally well-known in both the art and gardening worlds, and as the author of her beautiful book, Nyanga Flowers, published in 1991. Trained as a geographer, Mary organized her book more on environmental lines than botanical ones, and—with its seasonal arrangement of materials—it remains an essential reference in identifying and appreciating flowering plants throughout the Eastern Highlands. Nyanga was her home for many years, during which time she touched so many people with her love for the outdoors and the environmental issues of the area. She acted as hostess to the Society when we visited her home on a memorable trip to Nyanga in 2002. She also gave her full support to her husband Jim during his long years as headmaster of Plumtree School.

A good friend of the Society as well as a wonderfully caring and clever lady who will be greatly missed by all who knew her.

Our sympathies go to her family and particularly her husband Jim.

ALL ABOUT INVASIVE ALIENS, Pt. 1 All Zimbabweans know the water hyacinth (Eichhornia crassipes) story, and a visit to almost any large body of water—Lake Chivero, for example—provides striking evidence of the impact of this species. Another familiar aquatic invader, Kariba weed (Salvinia molesta), is actually a woody fern species – the most economically destructive one in the world. Few however will have heard of Chromolaena odorata, or triffid weed, an alien plant introduced accidentally into South Africa, where it is invading Nile crocodile nesting sites and is not only a primary threat to conservation but also impacts on forestry, pastoral agriculture and other land uses. Chromolaena is also now reportedly spreading into Zimbabwe, where we have important Nile crocodile populations.

This is the first of a series on invasive alien species and their adverse impacts, both in the region as a whole and in Zimbabwe in particular. Here we focus on definitions and one classification scheme; next month we shall move on to more specifics on species.

What are invasive species?
Invasive plant species dominate many marine, freshwater, and terrestrial ecosystems throughout the world. Invasive species are defined as those organisms that become established in a new environment, proliferate and then spread in ways that are destructive to biodiversity and human interests. Most invasions are a result of humans transporting organisms by from one place to another, which may be intentional or unintentional. These invasive species have a negative effect on the indigenous plants and animals, causing declines in populations of threatened and endangered species, disease outbreaks in human and animal populations, habitat alternation and loss, increased frequency of fires, a shift in food webs and nutrient cycling, a decline in fisheries, loss of agricultural crops and productive lands, and reduced water supply. Invasive alien species are now recognised by the International Union for the Conservation of Nature (IUCN) to be among the top four biggest threats to the maintenance of biological diversity on the planet. 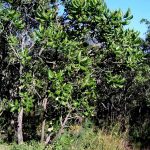 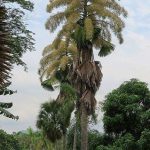