November 6th: (1st Tuesday): No Botanic Garden Walk this month as Tom is not available to lead us.

November 18th: (3rd Sunday): Jean Simon, Mt Hampden. A return visit to an interesting place not far from town. Our thanks go once again to Jean Simon.

Christon Bank Nature Reserve, forms a part of the Harare Botanical Gardens. It lies about 25km north of Harare, to the east of the Harare/Mazowe road. It lies at an altitude of 1360m. It is dominated by Miombo woodland, and lies in the incised headwaters of a minor tributary of the Mazowe River.

It is a granite area, with coarse light grey sandy soils. The area is mixed woodland dominated by Brachystegia boehmii and Brachystegia spiciformis in the flatter areas, and Brachystegia tamarindoides amongst the granite kopjes. A steep stream cuts across the area. The outing was led by Meg Coates Palgrave. Thank you for a good day, Meg.

In the car-park rather unusually, we came across Uapaca kirkiana and Uapaca nitida standing side by side, and were able to compare the differences in these two species. At the higher altitude of Harare, we are more used to seeing Vernonia amygdalina, or the spectacular mauve-flowered Vernonia myriantha. Here, at slightly lower altitude, we encountered Vernonia colorata. Colorata can be distinguished from amygdalina by its less hairy seeds. You need a 10-power hand lens and some seeds to spot this difference, and to safely identify these two species. The area was rich in Ficus and Strychnos species. Check the alphabetical list at the end for details.

We repeatedly on our outings around Harare come across the specific name “goetzei”. On this day it was Elephantorrhiza goetzei and Acacia goetzei. The question came up: “Where does goetzei come from?” No one knew the answer. Walther Goetze was born in Leipzig, in Germany on 25th June 1872. It seems that he was a photographer rather than a botanist. He collected both botanical and zoological specimens. There are no recorded reports or papers in his name. He collected widely in German East Africa territory of Tanganyika, now Tanzania. His collection is housed in Meise in Belgium. While on the Wentzel/Stiftung expediton to Lake Nyasa (Malawi) and the Kinga Mountains, he died on 9th December 1899 of blackwater fever, a form of malaria. He is buried in a lonely cemetery with three other Germans, near the shores of Lake Malawi, close to the Tanzania/Mozambique border. It is fitting that he is remembered today

[The concluding part of an edited extract from an article in the September 2007 VeId & Flora. Ed.] Recent collections of plants from locations in South Africa, Namibia, Zimbabwe, Mozambique and Malawi show quite striking morphological variation among the populations. While plants sourced from South Africa and Zimbabwe are generally smaller, with small leaves, those sourced from Mozambique and Malawi are much larger, with thick stems and large leaves. Two variants of these larger plants seem to exist, one consisting of large leaves with a thick bushy stipule sheath and another composed of large leaves but with a thin and simple stipule sheath. In Namibia the plants seem to be of intermediate size with longer leaves than those found in South Africa and Zimbabwe.

The climate and geology of the regions where the populations are found are quite different. M. flabellifolius is generally located on rocky inselbergs or flat rock plateaus consisting of granite, shale, quartz or sandstone. South African and Zimbabwean plants occur in regions experiencing annual summer rainfall and tend to be found growing on rock plateaus where water run-off is quite rapid. Consequently the root systems of the plants are quite shallow. Namibian plants occur in much more arid regions experiencing irregular summer rainfall — possibly every two or more years. These plants grow on rock inselbergs with extensive crevices in the rock face that tend to trap water, and the plants possess extraordinarily extensive root systems that extend into these crevices.

Plants from Mozambique and Malawi occur in a generally wetter climate than the other populations, which may allow a number of growing periods during the wetter months of the year compared to the annual or less than annual growth periods that occur in South Africa and Zimbabwe and in Namibia respectively. The large size of these plants may therefore reflect an adaptation to more regular growth periods. These larger plants also have extremely thick woody central stems, which indicate that the plants are quite old (easily 50-100 years). Unfortunately it has proved difficult to age the plants using dendrochronological techniques, according to Dr Ed February, as they do not produce conventional tree ring patterns. Leaf litter, mammal droppings and other debris are observed to accumulate around the base of many M. flabellifolius colonies. This debris may provide an important source of nutrients.
It is probable that at least five subspecies of M. flabellifolius occur in Southern Africa that have adopted similar but not identical strategies to colonize a range of inhospitable habitats. Plants from Zimbabwe and Mozambique are so different from each other and from plants from Namibia and South Africa that they may represent new species in the genus. It is also evident that even with morphologically similar plants from Namibia and South Africa that there exists phenolic and genetic variation. In addition there is a rare and little known relative, M. moschata, which grows in Madagascar. It would thus appear that a new classification of M. flabellifolius throughout its geographic range is needed. This has relevance to conservation strategies to protect regional populations against excessive collection for medicinal and commercial usage.

In Search of Remarkable Trees: On Safari in Southern Africa by Thomas Pakenham

A new book, published by Jonathan Ball Publishers and just launched last month, is an inspiring collection of the largest, oldest and most fabled trees of Southern Africa and Madagascar, set against the stunningly photogenic backdrop of native wildlife and landscape.

Thomas Pakenham, no stranger to Africa with his award-winning books, The Scramble for Africa and The Boer War, not to mention trees with his best-selling Meetings with Remarkable Trees and Remarkable Trees of the World, combines his two interests on safari in Southern Africa in pursuit of remarkable trees. His particular quarry is the rare, the giant, the very old, the extraordinary, or the simply beautiful, or those trees imbued with significance, written about by the great explorers of the past, or associated with magic, or folklore, or ritual.

The result is a highly individual book, the product of a brilliant photographer and an original mind. In an opening section, he describes his journey and its extraordinary moments of drama and even danger — scaling trees to escape enraged wildlife — and those moments of triumph as he stands in awe before a tree, connected by some primitive, atavistic bond. It is those moments the reader shares in the resulting photographs. The texts that accompany each image are as individual as his photographs, a beautifully crafted blend of botany and social history.

Thomas Pakenham is the author of the critically acclaimed The Scramble for Africa, which won the Alan Paton award. His first book on trees, Meetings with Remarkable Trees, published in 1996, received international acclaim and was made into an often-repeated television series with the same name. Remarkable Trees of the World followed in 2002 and was an international bestseller, as was The Remarkable Baobab. Pakenham lives in Ireland. 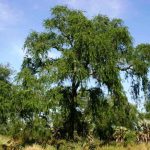 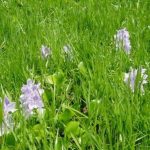