Tuesday 7th April :  Botanic Garden Walk.  (Please note that the date is 7th which is the first Tuesday of April and not 2nd which is a Thursday).  Meet as usual in the Car Park at 1645 hours.

Sunday 12th April :  This is a departure from normal.  As the 3rd Sunday of the month is Easter Sunday, we have decided to hold our outing on the second Sunday, i.e. 12th April.  This will be a visit to the home of Mr. and Mrs. Eekhout, Denby Farm, in the Beatrice district.

The bus leaves Monomatapa Car Park at 0900 hours and the fare will be $4.00 once again, payable in advance please, as we do not want to carry large sums of money on the bus.  A security guard will be hired by the Society to protect members’ cars during their absence.

A NOTE FROM THE CHAIRMAN:

At this point I should like to intrude in the Newsletter and say “hi” to everyone and also say how thrilled I am to have been elected Chairman of this Society.  I can assure you that I am very conscious of the responsibility the post holds and also of the calibre and achievements of those in whose footsteps I follow.  The committee have all offered to continue with responsibilities they have undertaken in the past and this I really appreciate.  I believe we have a tremendous team.  I intend to give you more details of what they do in the future.

We started my term of office with that lovely day on the Dyke and this must surely be a good omen.  Thank you Trevor, a day under your enthusiastic guidance can only be a success.

As already mentioned next month we go to Beatrice and future plans include visits to Norton, Mazowe, Marandellas Shamva and Umtali, where I hope we will be joined by members resident in the Eastern Districts.  Continuing around the country, Paul and I will be visiting Bulawayo during Easter when we hope to meet members of the Matabeleland Branch.  Included in this Newsletter is the Report of the Ayshire Branch AGM and their resolution on the “huni” problem.  In due course, I hope to have the opportunity to report back to them in person.

From past experience I believe that outings where we have a bus are more popular than those where we “meet to share transport” and I would like to reassure those who are not able to join us on the bus trips that their subscriptions are not used to subsidise these journeys, and secondly a message to those who do join us on the bus, we are not out to make a profit but we do believe that the bus hire must continue to be self supporting and that fares are calculated accordingly.  Fares have risen recently as a result of the recent petrol price increase and in fact that we now pay 10% Sales Tax as well.

I hope that you will all enjoy the coming year as much as I am sure I shall.

Tom Muller conducted the group on a tour of ‘kopje vegetation”.  This term of course covers a whole range of species, as kopjes produce a range of habitat, from rocky well drained slopes, to sheltered seepage points.  In moist shady patches may be found ‘remnants” of forest vegetation.  However, species characteristic of rocky outcrops include Erythrina latissima, the smoother barked Erythrina, Flacourtia indica and the tree learner’s nightmare Pseudolachnostylis maprouneifolia (duikerberry).  Figs are well represented as components of our crop vegetation.  The mountain rock fig has recently suffered a name change (Ficus sonderi becomes Ficus glumosa).  Ficus natalensis can be recognised by its “square” leaf tip, and F. salicifolia (ex F. pretoriae, the Wonderboom fig) by its rather long tapering leaves.  It could be confused with F. ingens, another fig of rocky areas.

Commiphoras are well represented on kopjes, some are trifoliate, some pinnate, and yet others simple leaved.

Commiphora mossambicensis is trifoliate, each leaflet resembling an apricot leaf.  C. africana is also trifoliate but has hairy leaflets with scalloped edges.  C. marlothii is the peeling bark commiphora, recognised by the “paper” peeling off revealing the almost fluorescent green bark below.

Wandering out from the homestead, we found this to be a truly fascinating area, rich in plant species, unlike some parts of the great Dyke where toxic minerals, particularly heavy metals, prevent growth of trees.

The Dyke carries a number of endemic species, presumably tolerant of doses of heavy metals which retard the growth of other plants.  Species known to be thus tolerant were here, but surrounded in profusion by at least 70 other tree species.  The endemic Dyke Raisin berry, Ozoroa longipetiolata, was growing close to the more widespread O. reticulata, with its hairier leaves and short petiole.  Both were in ripe fruit (the little wrinkled berries closely resembling raisins).

The endemic aloe Aloe ortholopha was not seen, but A. christiannii occurred in abundance on the outcrops overlooking the steep gorge of the Mukwadzi River.  Musasa, Brachystegia spiciformis) was noticeably absent, as was munondo, Julbernardia globiflora, but B. boehmii and B. glaucescens were common and in heavy pod.

Flacourtia indica was heavily in unripe fruit, as yet showing no signs of the brilliant and rich autumn shades.  Hymenodictyon floribundum clung to the sides of the gorge, their spikes of fruit conspicuous and a few leaves already bright red.

Another bonus was the discovery of Schrebera alata, the wing leaved wooden pear; aptly named, for its petiole and rachis are markedly flattened.  Commiphora mossambicensis was in fruit, but unfortunately unripe, so we were unable to pop out the destructive black seed with its bright red aril.

The Mukwadzi river was, not surprisingly, in flood, and judging by the stranded bits of flotsam, had been higher.

We seldom see palms during our trips out from Salisbury, but there were many here, Phoenix reclinata.  Water berries were common on the banks, but were not the expected river water berry Syzygium cordatum.  They were S. guineense, though which subspecies I am not certain.

A first for many of us was the indigenous lantana, Lantana trifolia, flowering pale mauve.

Our thanks to Mr. Perry for allowing us the freedom of his home and farm, and for the welcome ice in the heat of the day.

Plans and projects for the woodland seem to be going well.  The Planning and Development Committee are working on such things as nature trails at present.

The Ornithological Society has very kindly made available the bird list compiled during their 5 year survey and it is hoped to use this list (and the tree list) for further education projects.

The Activities Committee have arranged Woodland Walks for the second Sunday of each month.  Unfortunately this clashes with our April Meeting.

REPORT ON THE AYRSHIRE BRANCH AGM

Mr. Le Clus explained why the meeting was being held only 9 months after the previous AGM.  This is to comply with the Constitutional requirement, that Branch AGM’s be held in November.

Once again it was the wish of those present to keep the Ayrshire Branch alive, its aim to preserve TREES.  The chairman said the time has come to work on the unconverted in order to raise interest in the preservation of trees.  The problems facing farmers were enumerated in respect to planting woodlots and these are lack of capital, time, space and the politically uncertain future.

Reporting on events since February, Mr. Le Clus said 10 people went with Trevor Gordon around the Golf Course at the Ayshire Club, where 46 species of trees were noted.  Only one was found which deserved a label and which was not labelled, Acacia goetzei subsp. microphylla.

The long awaited Munaka Park visit took place on September 21st by kind invitation of Mr. Bobby Townsend.  Salisbury members added knowledge, zest and colour to this Sunday outing.  The Ayrshire Branch Secretary provided a display of local timber, each labelled with its name and salient features.  The Chairman thanked the Secretary for this effort.  Mr. Townsend was thanked for the most enjoyable and interesting day amidst beautiful surroundings.

Mr. Le Clus thanked the committee for electing him Chairman, albeit this was done in rather a round about way, and he earnestly hoped that someone else would be found to be leader and inspiration for the Branch for 1981.  Finally the Secretary was thanked for her work.

As a farming community the problem of firewood supplies to labourers is much closer to home and after much discussion the following resolution and recommendations were passed :

“This Society is appalled at the waste ensuing from the indiscriminate cutting of standing timber in the vicinity of mine compounds as well as in the rural and semi rural areas”.

In the interests of relieving the critical timber shortage developing in Zimbabwe, and in pursuit of the Prime Minister’s lead, the following recommendations are made :

In conclusion : The Tree Society can best  act as a pressure group these incentives to plant wood lots must be given serious consideration by higher authority, such as ICA Committees and administrations of TTL’s.

Note from the Central Committee

We think the resolution is timely and should like to reassure the Ayrshire Branch that we are giving active consideration of the best way of implementing their recommendations and will report back at a later date.

Sunday April 5th :  Meet at the City Hall Car Park at 0830 hours for a morning’s visit to Kalahari sand vegetation about 16 km from town.  We saw such an area last July and this is our chance to see the effect of a heavy rainy season.

Sunday May 3rd :   Mr C. Sykes has found an interesting area with magnificent tall trees to the north west of Bulawayo, even closer than the April venue.  Not all Matabeleland’s trees can be browsed on top by giraffe.  Meet at the City Hall Car Park at 0830 hours.

SUBSCRIPTIONS –   A further appeal to members who have not yet submitted 1981 subscriptions.  Please send these to the Treasurer, Mr. Ian Milton, as soon as possible to save him the expense and time required to send out accounts. 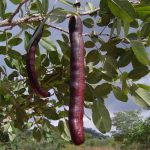 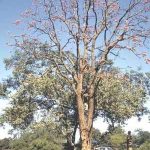