Sunday 15th March : A visit to Kildirk Farm (Mr. L Perry) on the Maquadzi river which flows through the Dyke.  Bus leaves from Monomatapa at 0830.  Cost $5 payable in advance please.

April outing :   IMPORTANT  A reminder that this will take place on the second Sunday, 12th April, 1981 due to Easter encompassing the third.  A trip to the Beatrice area is proposed.  Details in the next newsletter.

Security : Monomatapa Car Park.  A security guard has been hired by the society to protect members’ vehicles while they are away the March outing.  It is likely that this will become a regular practice. We were privileged to be accompanied by Mr. Denzil Carr.  Mr. Carr’s Acacia book is well known to many members, and he is at present working on the genus Combretum.  It was natural, therefore, that we headed for the Combretum section, where we studied several species in flower.  Flowers vary considerably in appearance, even within this one genus, but are all small and insignificant individually, though often striking in their profuse heads.  C. celastroides has almost square yellowish flowers (when viewed from above), while the flowers of C. kirkii have never been recorded or collected.

Learner Group :  Saturday 14th February four members under the guidance of Gill Masterson, explored the garden of Mr and Mrs Chenoux Repond.  On this one acre, rocky plot, 26 species of indigenous trees were found – only one having been introduced.  We thank the Chenaux Reponds for their invitation, and I would like to register the society’s appreciation of Mrs. Masterson’s energetic and informative outings.

The day dawned dull and damp, as had all days for the past three weeks in Salisbury.  However, our host, Mr. Trevor Gordon had ensured that the AGM would not be rained out, and equipped a portion of his grading shed for the purpose.  Having disposed of the paperwork for the year at the earliest opportunity, we proceeded to the more important business of the day, that of looking at Mr Gordon’s collection of indigenous trees.  Many of these are planted on a kopje adjacent to the homestead, and have, for the most, been grown from seed.  Of special interest were Pterocarpus brenanii and the indigenous Hibiscus species in delicate pink flower, Hibiscus burtt-davyi.  Commiphora mossambicensis occurs in the area, and was still attractive in bright green leaf.  Most interesting was the very large old Brachystegia glaucescens/spiciformis hybrid. Leaves and bark have an intermediate look, and the tree regularly forms pods, but seed in non viable. Following lunch in the homestead garden, members split into two groups.  One group went on a trip around the farm by trailer and were shown the results of Mr Gordon’s tree conservation over the past twenty or so years. Trees are managed as a valuable resource on Audley End.  Swartzia madagascariensis (snake bean) is preserved wherever possible, as the cattle utilise the protein rich pods. As a matter of interest, the cultivation of these trees holds untapped secrets.  Twenty three years ago Mr. Gordon germinated 500 seed of this species.  Today, after endless trial and error, and attempts to locate the “missing ingredient’, there are only 6 of these tree alive.  Only one is a tree as such.  Five are only a few inches high.

The second group explored an area close to the house.  One plant had us puzzled initially, but was later confirmed to be Canthium huillense.  There was a good deal of this in the area, and it was in profuse fruit, many small round berries, to which a variety of birds were attracted.  Clerodendrum wildii and Clerodendrum myricoides were seen, both with the bad smell we associate with the more commonly seen Clerodendrum glabrum.  C. myricoides however had the most pungent smell, crush a leaf of this species and there is no doubt as to its identification.

The rain held off for the entire day and we thank the Gordon family for arranging the weather, and for the hospitality.

The following were elected for posts shown :

The Chairman’s report for the year was circularised with Tree Life 11.  It is regretted that two items were mislaid, and did not therefore appear.

The Society also set about collecting a further $250 as donations from members.  This second sum will be in due course donated as a memorial to Mr. Douglas Aylen.  The full sum has not yet been collected and the Society once again appeals to the membership for contributions.  All donations to be clearly addressed to “The Douglas Aylen Memorial Fund”, P.O/Box 2128, Salisbury.

The tree society has maintained a keen interest in the future of the woodland, I propose to include a report of “what’s being done” by the Makabusi Woodland Association in each Tree Life.  the Association is made up of several committees, each charged with a different aspect of the running and organisation of the project.  As many of our members are already ”Friends of the Makabusi Woodlands” this may aid the committees in publicising events.

Forthcoming events :   The Activities Committee of the MWA is organising informative walks in the Woodland on the second Sunday of each month.  These will be open to all interested persons.

Leaders :  To be announced.  It is hoped these will be members of the Ornithological Society which carried out a long term project in the Woodland

Sunday 5th April :  Meet at the City Hall Car Park at 0830 hours for a visit to Kalahari sand vegetation – 16km from town.  We saw such an area last July and now is our chance to see the contrast under summer conditions.

First of all may I welcome you all to the meeting.  I think I may say that the Branch has had an active and successful year.  It has always been possible to arrange at least one Field Meeting a month and sometimes more.  Perhaps the most interesting and stimulating event of the year was the invitation extended by National Parks to participate in two of their projects, that is, the vegetation surveys of the Matopos National Park and the Tshabalala Game Sanctuary.  The Matopos Project is, of course, an enormous undertaking to which the Branch can only make a small contribution from time to time.  Our main contribution so far has been to prepare status and distribution list of the Matopos trees, and I understand, that this now forms part of the official report on the project for 1980.  Very little work has been done by us on the rest of the Flora and this could be a continuing activity of the branch for many years.  It is easier to see daylight with the Tshabalala project, as it is a smaller area with a less varied flora.  Already a list of trees and shrubs has been prepared, hopefully an almost complete one, and some progress has been made towards working out the rest of the flora by collecting.  This is likely to be a longer job than listing the trees and I hope that this also will continue as a Branch activity during 1981.  Similar work is also in progress at Chipangali Wildlife Orphanage at Mr.  Wilson’s request.  The trees have been named and some 80 other plants collected for  identification by the Herbarium.  It is intended that these plants, suitably mounted, will be stored in the new Laboratory at Chipangali for reference and instructional purposes.

During the year members contributed a number of articles for publication in Tree Life.  Particularly well received was Miss David’s note on indigenous trees for the garden, arousing a lot of interest and comment.

As regards the Annual Tree Planting Ceremony I should like to record that, although the Branch did not mount its own planting occasion, some members were privileged to take part in two ceremonies, one at King George VI School sponsored by the Natural Resources Society, and one at Tshabalala Game Sanctuary arranged by the Wildlife Society.  I may say that at the latter ceremony your secretary not only gave the address but donated the trees as well.

Your committee met three times during their period of office and I should like to take this opportunity of thanking them for their support and also all those other members who have given freely of their time in supporting the Branch activities.

And, finally, particular thanks are due to Miss Webber, our enthusiastic secretary, who is undoubtedly the mainspring behind all our achievements.

Members will have received notification from the editor of Science News to the effect that Science News will no longer be available as part of the Tree Society membership.  The questionnaire sent to our members some months back drew only about 40 responses in favour of receiving Science News at an increased price.  As we needed a minimum of 100 in order to be eligible for the bulk subscription rate the Tree Society was unable to order Science News for 1981.

Members who want to subscribe to Science News must now do so as individuals.  Details of cost and address, were given in the letter from the Science News organisers.

Some Tree Society Members did in fact pay an extra $4.00 for Science News earlier in the year.  The Treasurer, Mr. I. Milton will refund this money if this is preferred.

I will attempt in future, to sniff our articles of arboreal interest which may be in science News from now on, and inform the membership of these in the newsletter.  The series by Trevor Gordon will end at about the end of 1981. 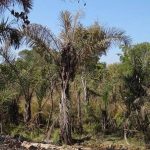 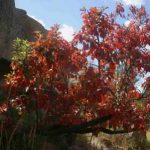