Tuesday, 5th April: Botanic Garden walk.  On this visit we will concentrate on combretums, a large percentage of which grow in the Zambezi Valley.  Members of the Kirk Society will join us to work on the next phase of their Zambezi Valley Key. Meet in the car park at 4.45 for 5.00pm.

Sunday 17th April: Outing to Henry Hallam Dam.  This area has an interesting variety of woodland and riverine trees and termitaria.   No bus has been arranged as it is only a short distance from Harare, so make your own way to meet at the dam car park at 0930 a.m. where security for the cars will be arranged.

Sunday 15th May: Outing by bus to Chinhoyi area.  Details in the next Tree Life.

Saturday 21st to Wednesday 25th May:  Visit to Mashonaland Hunters Association Camp near Chirundu.  Full details elsewhere in this newsletter.

On Sunday, April 3rd Easter Sunday, we will go to Hillside Dams.  Meet below the Aloe Garden, at 8.30 a.m. On Sunday, March 6th, we went first to Mbukuwene where we had an excellent talk, by Geoff Archer on the RUBIACEAE Family.  We then looked for them in the area, very successfully and we were pleased to note how well the area had recovered from the drought.  Later we went on the Christian Brothers College.  Here we identified some 40 indigenous species in their extensive grounds. Fortunately the rain held off until lunch time, when we were most kindly entertained to a delightful finger lunch.

We saw many fine specimens , notably a splendid Ficus glumosa, many Acacia nilotica, including a large dead one, seemingly killed by a very visible fungi.  Fungus (apparently the visible fungus is only the tip of the iceberg so as to say, and the large bole would be full of it). There was-many Albizia amara of good size.  One Albizia harveyi, Azanza garckeana many Cassine transvaalensis, Clerodendrum glabrum, Ehretia rigida, Ficus sur some large Grewia monticola, Dodonea viscosa, Dombeya rotundifolia, Kigelia africana, Lannea discolor, Pappea capensis, Bauhinia thonningii, Strychnos spinosa and several rather thornless Ziziphus mucronata.  Altogether we had a very good day and hopefully some of the most helpful young students learnt something, and perhaps caught some of our enthusiasm.

A feature we noted was the generally small size of the leaves, no doubt due to the lingering effects of the drought on a sandy soil.

Tree Society and the Kirk Society (the biology society of the University of Zimbabwe) both wish to go to the Zambezi Valley later this year. I thought it a good idea to work on a tree key for the Valley so that we can test it when we go down.  Keys take a lot of work – all those who helped test Meg’s key to the Mukuvisi trees only saw a fraction of their work that went into the key. Developing a similar key for the Valley has already, and will in turn future take a long time.  The plan is as follows.  I have a card index of all the trees in the valley. I have started dividing them into simple/compound, opposite/alternate but the final groups need extensive work. We thought the botanic garden walk may help us to work on this further, so we spent March looking at the trifoliolate – leaved trees and Kirk Society have since put the following key together. Their follow up on the botanic garden walk entailed two day’s work with  part of students. I am encouraged by this effort, but must emphasise it in order to persuade the ducks and pigs of the Tree Society that there is little benefit in playing Little Red Hen.  If we believe in a key, we need to work. The idea of publishing the keys now is to get feedback from anyone going down to the Valley.  Please try these keys and write to tell us where they don’t work, or what species we have overlooked. Two separate keys have been completed this month – the one for all trees with compound leaves having two or three leaflets, the other for imparipinnately compound leaves with five or more  leaflets and opposite or whorled leaves. , .

If anyone has access to any of the species on this key, would they please check the key for those specimens.

The Mashonaland Hunters Association have recently completed a permanent camp, 5 km upstream from Chirundu, near Bream Pools, in the Zambezi Valley.  During the school holidays it is utilized by “A” level students attending special courses.  The Society has been able to make a booking for the period Saturday 21st  to Wednesday 25th  May, while there are still some leaves on the trees but, hopefully, after it has cooled down a little.

Facilities offered are as follows :

Sleeping accommodation provided with field beds and mosquito nets; (we take our own bedding); ablution blocks; dining room with tables and chairs; kitchens with freezers and gas-ring burners; light and water are provided by a pump and generator and run by a resident caretaker (we take our own food, cooking and eating utensils).

Cost $2,00 per head per day ($10) plus a contribution towards the food.  We will be doing the catering on a communal basis.  Use own transport to get there. We hope that some of the members of the Hunters Association will join us and help with transport while there.

Kim Damstra, who has been one of the teachers, is very familiar with the camp and area and we are hoping to be able to help him complete the work of recording and drawing up a guide to the trees and shrubs around there.  In addition to having the opportunity to explore the area for ourselves.

APRIL 22ND “POT OF GOLD“ at THE REIMBARTA

The Aloe Society invite Tree Society members to join them in another interesting slide show. Duncan Torrance, known to many of you, has been lucky enough to travel along unusual byways in all parts of our lovely subcontinent and has found many a “pot of gold” at the end of the rainbow. Duncan’s slides are exceptional – snows to red desert sands, misty waterfalls, fascinating natural phenomena, monsters, fauna and flora, brilliant and glowing. Join us for this exciting show.

Your car will be guarded and tea will be served – so make it a date. Coastal coral trees Erythrina caffra have been the focus of scientific and industrial research for the past three years in Cape Town, Pretoria and the Eastern Cape. Members of the Atalaya Branch were drawn into a massive effort to collect the “lucky bean” seeds of this species of tree and this year achieved great success in proving that a crop of many tons is available for the picking.

It was important for the South African Inventions Development Corporation (Saidcor), an off-shoot of the CSIR, to know this because it had commissioned a Cape Town pharmaceutical manufacturer to produce on an industrial scale the newly discovered

compound ETA (Erythrina protease inhibitor). This is an essential factor in isolating a new drug with remarkable properties in the instant treatment of coronary thrombosis and stroke.

The story begins with a visit by Dr Frans Joubert of Pretoria to Professor Eugene Dowdle, head of the Department of Clinical Immunology, Cape Town University, four years ago.  Dr. Dowdle, his staff and senior students were trying to find a better way to isolate the experimental anticlotting drug tPA (tripsin plasminogen activator) that was proving difficult and expensive to produce and not completely satisfactory anyway.

The immediate project was to find a bean protein that would perform better than soya been protein, then being used for the experiments.

Dr. Joubert, a CSIR protein scientist of Pretoria, on that important visit to Cape Town, pulled out of his pocket a small quantity of Erythrina seeds and gave them to Professor Dowdle, suggesting that they be tried.  Eureka! The coral tree protein worked marvelously.

It made the isolation of tPA a more direct process yet one that was more economical.

Moreover the tPA thus produced had the remarkable property of “homing in” immediately on the clot that caused an arterial blockage whereas existing anti-clotting drugs would spend vital time searching the vascular system of a dying patient for the clot.

Moreover tPA produced no side-effect hemorrhages which were a risk involved in the use of earlier anti clotting drugs.

The discovery created an immediate demand for a large quantity of coral tree seeds and Professor Dowdle made an appeal in a National Sunday paper for members of the public to collect and send him the red-and-black “lucky beans”. No particular species was mentioned. The response was disappointing.

Months later in 1985, Saidcor directed a second appeal specifically to the Eastern Cape, home of Erythrina caffra. It decided to concentrate on the orange-flowering – Costal Coral Tree in order to remove a variable from the experimental studies.

In looking for a co-ordinator for Port Elizabeth, Mr Harvey was referred to us, a committee member of tin Atalaya Branch of the Dendrological Society.  As a retired Journalist and writer of a weekly column for naturalists and gardeners in the Eastern Province Herald, I was able to mount a fairly Intensive publicity campaign.

That year the mass of beans collected (for which Saidcor now paid 50c a kilo) rose to more than a ton. In 1986 other committee members of Atalya also were running depots for seed collectors at their homes in Part Elizabeth. The total collecting in Port Elizabeth was about a ton and in the Herald’s circulation area about three tons.

By now most of the actual collectors were rural Africans, many of them unemployed.  so the project acquired a socio economic significance.

In 1987 a halt was called when the project had escalated to a total of 4 613 kg. most of it-collected in Grahamstown, Alexandria; Port Alfred and Port Elizabeth from the thousands of Erythrina caffra trees on sidewalks and in gardens.

Dr. Ore Safriel, project manager for Saidcor, regards the seeds as a national resource of great potential value. She says there is world medical interest in EIA, as it offers human control over the dissolving of clots. The drug is now going through the process of testing for human use by the international food and drug administration.

As the trees from which seed was harvested in this project, have nearly all been planted, seed collection had no detrimental environmental impact.  Bob Nixon, Dendroon, July 1987.

He would remind you that our financial year ends on 31st March 1988 and accordingly your annual subscription becomes due on the let April for the year 1958/1989. For your convenience we have attached an account to this Tree Life. 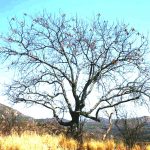 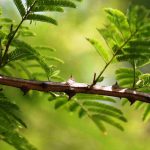