Tuesday December 2nd : In place of the Botanic Garden Walk there will be evening meeting, Mr. Tom Muller of the National Herbarium and Botanic Garden will give an illustrated talk on the subject of Vegetation Types of Zimbabwe.

There will be no December outing.

1981 A.G.M. notice is hereby given that the Annual General Meeting of the Tree Society will be held on Sunday 15th February 1981 at Mr. Trevor Gordon’s “Audley End”, Darwendale, starting at 1000 hours. Directions and details in the next newsletter.

The meeting opened at 0930 hours.
Present : 42 members as recorded in attendance register
Apologies : A long list of members unable to attend was read.

1. Minutes of the last AGM . adopted as correct. Proposed : Mr. A. Ellert
Seconded : Ms. L. Phillips
2. Matters arising nil
3. President’s Report : this having been circulated, was adopted.
4. Treasurer’s Report : As has been explained in the notice re-convening the AGM this was unavailable, but would be circulated with the next newsletter.
5. The wording of clause 5 of the constitution was amended unanimously. This will permit subscriptions to be increased by three months notice, without the need to amend the constitution.
6. Election of Officers then took place.
7. There being no further business, the meeting closed at 1025 hours.

The return of Tom Muller made for the return of the “Bush connoisseurs” walk. Although for the most this is flowering season in the gardens, we were given demonstrations of the edible nature of fruits of several species. The introduction of a stream to this section of the garden, superb planning, and the continuous rain of sprays has created a magical micro climate in the middle of Salisbury. The effect cannot be praised enough, particularly when one can savour the fruits of Bequaertiodendron natalense and Pachystela brevipes, both relatively rare species in Zimbabwe. Other truly tropical species were in flower: Voacanga thouarsii, Tabernaemontana ventricosa, Funtumia africana and Mascarenhasia arborescens – all more or less restricted to the Harone/Lusitu forests of Eastern Zimbabwe.

Moving on to the lower altitude vegetation we were fortunate enough to see Monodora junodii in its striking liver coloured flowers. Cladostemon kirkii was also assured us that it is reminiscent of beef in wine sauce.!!

Upon our arrival we were treated, with true farm hospitality, to tea, which we enjoyed beneath the shade of a fine old Ficus burkei. Much discussion ensued as to how the trunk came to be entwined in its own tangle of “strangler” roots. It turned out that at one time a trimmed branch had become rooted high up the original tree.

The bush farm garden revealed an array of tree treasurers, not to mention the excitement of the presence of a pair of coppery sunbirds, a sight which had the birdie types jumping.

Many of the exotics were magnificent by virtue of their age and size; in particular the flamboyant and the fine group of tung trees, Aleurites fordii, EUPHORBIACEAE. Our host, Mr. Arkell was justifiably proud of his introduced indigenous species. A large Ekebergia capensis grew alongside a baobab, planted about 20 years ago. Despite having been twice cut back by frost, the latter has reached at least 10 metres.

Proceeding from the farm house by tractor drawn trailer, we were taken to our first stroll area. With everything so green, and so much in full flower there was more to see than time available. Notable was the Grewia monticola bearing masses of yellow flower and the groups of Dichrostachys cinerea with its yellow and pink “tassels for chief’s hat”. Securinega virosa was every  where in full flower as was Hoslundia opposita – both with small flowers, individually of unstriking colour, but beautiful close up. The flowers of Pericopsis angolensis were also worth a close look, with their pale mauve tinge.

Combretum fragrans, with its characteristic 3 leaf arrangement, was everywhere in heavy fruit. Continuing to the other house on the farm, we were fortunate so see Commiphora schimperi in fruit, and the wooden pear, Schrebera in fruit and flower. Vitex payos was in profuse white and pale purple flower.

After a brief walk through the Mazoe riverine in the afternoon, there followed a hurried retreat back to the homestead, one jump ahead of the impending storm. Despite all efforts at delay on the part of Meg Coates Palgrave, who continually halted the tractor by leaping off after another piece of foliage, we avoided the drenching by seconds. However, we did pause briefly at the Cordia ovalis near the road, this is apparently well out of its normal distribution here.

AN OFFER OF YOUNG TREES

Some while back mention was made of the possible formation of an Indigenous Tree Growers Association. Here in Salisbury, we have a rather informal form of this in that we all know each other and swop seeds and ideas.

Two members have written in to say that they have spare trees available, and I would be happy to hear from other members who are wanting to dispose of young plants.

The following is a list of seedlings which are surplus to requirements, and if anyone would like any of them, they will be welcome to have them, on a first come first served basis. Phone Arcturus 26721 in the evening or write to Box 4643, Salisbury.

I regret to say that a new and difficult situation has arisen. Notification has recently been received to the effect that the bulk subscription for Science News will be more than doubled next year, from $1.50 to $4.00.

This affects drastically the decision (recorded in the October Newsletter) to increase subscriptions by $1.00 to meet rising costs of Tree Life and the normal operations of the Society.

Members may not appreciate how fortunate they have been to have received Science News at highly subsidized rates, and even the revised charge is well below cost of production.

If it had been decided to continue to supply all members with the Science News, it would have been necessary to increase subscriptions of all members by a further $2.50 in addition to the $1.00 already notified to $6.50 single and $7.50 family. Although there is little double that even at the new price Science News will be good value, the committee is very conscious that some members find much of it too technical, and also of the cumulative effect of price increases with which one is now faced.

It has therefore been decided to discontinue the arrangement under which all members receive Science News but, provided 50% of members still wish to receive it, it would be made available as an optional extra.

These rates will give a slightly greater net income for Tree Society activities than was previously notified.

It is emphasized that the bulk subscription rates above will only be available in the event of sufficient members wishing to receive Science News. The ordinary subscription to Science News is at present $7.00 – the same as the single inclusion of Tree Society subscription.

Prompt action is necessary, and for this reason a questionnaire is attached. Members are earnestly requested to complete it and return it as soon as possible. I cannot over emphasize the urgency of the matter, and would greatly appreciate the cooperation of members. Chairman. 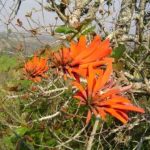 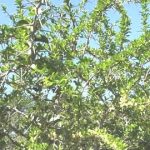