Tuesday February 4th : Botanic Garden Walk, meet at 1645 for 1700 in the car park.  Hopefully we will not be rained out again.

Sunday February 16th :   Thetford Farm, Mazowe.  David and Jacquie Narracott have kindly invited us to look at the interesting vegetation on their farm.  You all know how hard we searched for Ochna gambleoides at Hidden Valley, well here it is, along with a hillside of Phillipia, a spectacular view over the Mazowe Dam, a walk along the tributary of the upper Mazowe in the afternoon.  We will travel in our own cars again, so meet at Monomatapa Car Park at 0830 to arrange lifts and leave at 0845 sharp.  A security guard will look after the cars left behind.

13th April to 10th May :  Schools’ Camps at Nyamuomba Corner in the Zambezi Valley

The Mashonaland Hunter’s Association has arranged another set of four school camps, each running for one week from Sunday to Saturday and are seeking enthusiastic people who know a few trees and who are willing to teach lower sixth students in the bush.  This is not for the entire period but only a week at a time.  Last year Bob Drummond George Hall and myself really enjoyed our spells of teaching.  The setting is the mouth of the Kariba Gorge and the trees are spectacular.  The Hunter’s Association were exceedingly fine hosts, helped out with fuel and organized transport, tented accommodation and food as well as providing financial remuneration if required.  The sort of teaching may be seen in a TV series of 6 programmes called Zambezi Adventures which was filmed last year during the August/September camps and which will be flighted on ZTV on Thursday evenings starting from 13th February.  Will anyone interested please contact me as soon as possible.  I assure you it is an amazing opportunity.

On Sunday 5th January we went into the Helensvale Block, just off the Main Quarry Road, and working our way to the old Milner safe, which lies a memorial to some long forgotten crime.

When Meg returned from the recce to “Pentland” she was obviously pleased, and what an interesting venue it proved to be.  On our arrival we were all pleasantly surprised b a most welcome cup of tea, many thanks to Peter and Heather and their son and daughter in law, Colin and Nan.  In addition Colin had organized two tractor drawn trailers with mealie sack seats to taxi us around the farm.  The overwhelming turn out resulted in the extras being ferried by truck. One does not have to be young as Jessica to enjoy travelling on an open trailer, but few were as observant in seeking out both the  red flour beetle, Tribolium, as well as the little grey weevil called Sitophilus.  The latter is a most handsome beast with a long snout and two mustache like antennae.  At University our first year students are kept occupied for many hours as they try to work out a sampling technique to census populations of these two beetles. The morning walk along the river gulley was notable, not simply for the variety of species it contained, but also for the size and structure of the riverine fringe; large trees in well preserved woodland.  We were fortunate to find two members of the olive family, OLEACEAE,  Schrebera alata and Olea europaea.  If Jessica had been a bit more cooperative I am sure we may even have found Chionanthus battiscombei, yet another member of the OLEACEAE which we seldom see although it does grow along the Mazowe River above the dam, we may find it this month at Thetford.  We disembarked from the trailers near a magnificent Schrebera alata.  The term “alate” means winged and is often used in entomology to refer to the reproductive members of a termite or an ant colony – as these are generally the only ones with wings.  In Schrebera it refers to the narrow wings’ or extensions on the sides of the central leaf stalk or rachis.  The  leaf of Schrebera is compound with an odd leaflet and in recent months we have learned to associate such an arrangement with the many families in the order Sapindales, see note in last month’s newsletter.  In the case of the olive family this diagnosis would be wrong, up until now I have failed to point out that the leaves of the Sapindales are generally alternate, I think of the marula, Kirkia, Bersama and Khaya.  The OLACEAE don’t even belong to the same sub class, instead, they fall into the most advanced sub-class, the Asteridae, and have opposite leaves.  The only other indigenous family with trees that have opposite leaves and an odd end leaflet is the sausage tree family, BIGNONIACEAE, and this also belongs to the Asteridae.  Another interesting vegetative feature I noted at Pentland is the way the rachis is jointed, with “arthritic elbows” at each pair of leaflets.  The tree I most often see with a similar jointed rachis is the exotic ash, Fraxinus americanus, that has been planted along University Avenue in Harare.  These trees also belong to the OLAECEAE and have opposite leaves.  Such “arthritic elbows” also occur in a number of te BIGNOIACEAE, but the temptation to relate this feature to the Asteridae and not the Sapindales is wrong as I think these joints also occur in Bersama. The real excitement in finding Shrebera on this occasion was not the leaves, this specimen was in full flower, although given the flower alone I would have  struggled to identify the tree as the flower is not like the many other OLEACEAEA flowers that have 4 petals, this species has 6, or sometimes 7 cream petals with brown fur near the entrance to the tube.  The fruit looks like a small, 2cm, dry pear that splits lengthwise to release the winged seeds.

The second member of the OLEACEAE was Olea europaea subsp. africana, the olive tree itself.  Unlike Schrebera alata and Fraxinus this species has simple leaves.  Other OLEACEAE with simple leaves include Chionanthus and the privet, Liqustrum.  But in all the OLEACEAE the leaves are arranged with each opposite pair held at right angles to the last pair, a decussate arrangement, and the branchlet is characteristically grey in colour.  This tree belongs to exactly the same species as the olives we eat although the fruit is much smaller about 10mm long.  The commercial olive was probably the result of a chance mutation many years ago.  Records of the olive tree extend back to the “olive leaf freshly plucked” which the dove brought back to Noah after the ark had settled on the mountains of Ararat.  Although the Israelites were led into the promised land, a “land of oil olives and honey” (Deut 88) and Jesus often frequented the “Mountain of Olives” it is possible they never ate olives as we do today.  Instead, they were crushed by foot or pressed for oil.  The word Gethsemane literally means “an oil press” and refers to a site on the Mount of Olives where the fruit may have been pressed.  Apparently a good tree can yield over 50 liters of olive oil in one season, so their value was not underestimated.  The olives were not eaten as the fresh fruit is decidedly bitter and unpleasant. Somewhere along the line someone found that if the fruit was repeatedly soaked in water or pickled in brine for many months this bitter compound is removed and the olives are edible. Green olives are prepared from unripe fruit, whereas black olives come from ripe fruit.  Besides the groves of cultivated olives, cuttings of the cultivated olive were often grafted onto the wild trees in order to increase production.  I don’t know if anyone has tried this technique locally, but if it works then the Waddells appear to have their own promised land with olive grove. Another of the rarer trees along the river was Acokanthera oppositifolia.  The simple, opposite leaves with entire margins and milky sap help identify it as an APOCYNACEAE.  This milky sap contains a compound which is similar to the heart drug digitalis.  Digitalis is an extract from the foxglove, Digitalis.  The concentration of this compound is so high the plant is very toxic and extracts from the bark injected into animals kills them almost immediately.  This particular tree was covered in ripening berries in various shades of green and  purple.  Although the very ripe berries ay not contain the toxin, and Tom frequently eats them, we don’t recommend them.

Further upstream we came across the largest Cassine aethiopica I have ever seen.  We are so used o seeing small bushes or coppice growth which characteristically have larger leaves, that the narrow, 10mm, leaves on these adult specimens were quite a new sensation.  The alternate leaves have a fine black tip on each of the many serrations.  These trees were a mass of yellow flowers forming a showy display, although each flower is only 6mm or so in diameter.  It was indeed a memorable sight. I do no propose to cover the rest of the walk adequately, there was just so much to see, the scales on Myrica serrata, the deep green Celtic aficana, tall Syzygium cordatum and coppice growth on Ficus sur, wrinkled leaves on Pittosporum viridiflorum and “thornless” Ziziphs mucronata.  My specimens of Apodytes dimidiata all turned black overnight, a significant – a significant feature I will discuss sometime later.  I must mention the numerous  Ekebergia capensis  along the stream.  Many specimens displayed a winged rachis similar to that in Schrebera but the alternate leaves revealed its affiliation to the Sapindales.  It belongs to the MELIACEAE along with Khaya.  There was still much to see but the kids were becoming fractious so we returned to Peter and Heather’s green lawns for lunch.

The afternoon walk up a different hillside yielded a new and different woodland.  We played with leaf mining insects on Dovyalis zeyheri and rubbed red dust off Gardenia ternifolia.  The most unusual find was Uapaca nitida with its long petioles and leaves smaller than those of the U.kirkiana growing nearby.  We were able to see how both species possess a rock hard apical bud, although in U.nitida it looks soft like snail tentacles and in U.kirkiana the developing leaves seem to resemble folded velvet.

We must sincerely thank the Waddells for a most memorable day, with so much seen, yet so much yet to see.

STOP PRESS : In connection with Olea europaea subsp. africana, Palmer, E and Pitman, No. 1972.  Trees of Southern African. Balkema states : “The olive of commerce has been successfully grafted onto it.”

ROOTNOTE :    In connection with Commiphora africana and C.schimperi, see Tree Life 71, we here in Bulawayo certainly have trouble identifying them when they are leafless, although sometimes a bark difference can be seen.  The bark of C.africana tends to be gray to green, whereas that of C.schimperi has browner or even yellower flakes which peel to reveal the green.  In C.pyracanthoides the leaves appear to be clustered, even fascicled. 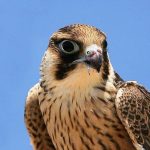 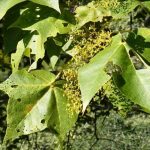