Sunday 21st September :  Munaka Park Farm in the Mtoroshonga/Banket area.  Bus will leave Monomatapa Car Park at 0800 hours.  Ashbrittle at 0815 hours.  Fare will be $5.50 per person with average occupancy but if we get a full bus there will be a slight reduction.  See booking slip.

On Sunday 17th August we spent a very pleasant day, with kind permission of Mick Townsend, stamping over the north end of his farm, Lowdale, on the upper Mazoe. The day was fine and sunny with just a suggestion that spring was on the way, but many trees were still leafless.  On the southern face of the Singereri Hills, which rise from a plain level of about 4 300’ A.S.L. to 4 750’, we found a number of what we normally consider water loving plants growing high on the sloping hillside.  These were – Syzygium guineense, the vlei waterberry; Rhamnus prinoides, with its quite dramatic dark glossy foliage; Rubus rigidus, the bramble; and Dodonaea viscosa.

In old mine workings we found Ficus capensis and Rhus lancea.  We should have benefited had we had someone with knowledge of the rocks of the hill, which were quite variable, the best classification I could dream up was “some kind of granite”.  The mine claim notices at the base of the hill referred to Scheelite.

On the high points at the east end of the range Meg Coates Palgrave found Ficus salicifolia and the mountain Rhus, Rhus leptodictya and also one new to me, Vernonia kreismannii.

Earlier and lower down we had found another Vernonia and voted it to be V. colorata and this was confirmed by Mr. Drummond of the National Herbarium.  We were rather full of confidence about distinguishing V. colorata from V. amygdalina after seeing the former on the serpentine soil first below Darwendale Dam last month, however this confidence was somewhat shattered when Mr. Drummond pointed out that to be really, sure, microscopic examination of the glands between the ribs on the small seed was required.

Near the V. colorata was a colony of Boscia angustifolia with some individuals up to 3 metres high.  We do not often see this plant, perhaps because it is more usually only a low shrub and thus overlooked. For lunch we went to the Mazoe and then walked through the riverine fringe between the river and wheat fields, the dominants in which were the river Combretum.  Combretum erythrophyllum.  Acacia polyacantha and along the water’s edge Myrica serrata.

Good regeneration of Celtis africana and solitary specimens of Cape Holly and wild Olive together with old logs lying on the ground obviously cut from tall clean boled trees gave us a clue to the composition of this piece of riverine forest before it was felled.  Syzygium cordatum was conspicuous by its absence. We were quite elated to so quickly identify the Cape Holly – Ilex mitis, but this specimen was obeying all the rules and exhibiting all its ‘trade marks’.  The wild olive we could not but observe was quite different to its fellow tribesmen we examined on the Hunyani Gorge below Darwendale Dam last month, but the current individual was growing under closed canopy and was more naturally a dark glossy green and glabrous.  In confirming identification, the wild olive as part of the continuing exercise by the systematic botanists has been clumped together in one species and is now known as Olea europaea subsp. africana.

One other of the many interesting plants seen, needs mention, in the riverine strip and in the delicate scented flowers were numerous specimens of the Bushman poison plant, Acokanthera oppositifolia.

Not only plant life was of interest, high on the hill Ken Davey put up a rare Red Mountain Hare and a Kingfisher on the edge of the small dam gave us an unsolicited demonstration of how his tribe batter a fish on a rock when it is too large to swallow first time.

Sunday September 7th : Meet at 0830 hours at the junction of 11th Avenue and Jameson Street for Khamera Nature Reserve.  If morning tea is desired, bring a pack which can be carried with you.  Lunch available at the café.  Mini talks will be resumed and we should like volunteers please.

October :  Please note postponement of Burnside field meeting on the 5th.  The Wild Life Society has invited Tree and OSZ members to participate in the game and bird count that day.

However, this is Matabeleland’s peak period for flowering and glorious foliage.  The committee therefore decided to arrange two field meetings a month for September and October.  These are as follows :

Meet at 1400 hours at Tshabalala Game Sanctuary gate for collection of all flowering plants in accordance with National Parks and Wild Life Department project.  Bring tea pack.  Dates : 20.09.80 and 18.10.80.

Hillside Dam walks : Regular afternoon walks will be resumed in October on the 2nd and 4th Wednesdays at 1530 hours at the aloe gardens car park.  Route – go south along the west side of the upper dam and return by the east side.  If you cannot be at the rendezvous at 1530 hours you can still meet the walkers.

The Matabeleland Branch held a field meeting at which trees were examined at Hillside Dam using keys of “Trees of Southern Africa”. Where the key required flowers or fruits and were not available it was found possible to make a correct ‘diagnosis’ by examining the leaf picture and distribution maps.  Only one important diagnostic feature did not work, namely the presence of absence of milky latex, or watery sap.  Many of the sap producers cannot be made to yield at this time of the year in Matabeleland, and one ends up in the wrong section!!

We have been advised of the possibility that we may be able to obtain copies of the above publication at reduced price if sufficient numbers are involved.  If anyone is interested write to the Secretary for further information.

The recent news report about drought in Zululand reminds us how much of a ‘knife edge’ is the boundary between ecological balance and collapse.  Zululand, a well watered country, has perhaps been on this knife edge for up to 10 generations because of over population, the term is relative, not be be measured in terms of bodies per acre alone, and it now faces the prospect of collapse from a succession of drought years.

Coming closer to home I note that expert opinion is not shy to ascribe ‘ecological collapse’ as being the cause of the abandonment of the civilization that formerly existed in Great Zimbabwe Ruins just when the social order that ruled there was seemingly at its prime.  A warning to us all, the coming right onto our own doorstep is this perhaps the place to ask if a little of the many millions of foreign aid which is being promised to this country, could perhaps be spent on rehabilitation of the near  ‘moonscape’ conditions on the ground around Chitungwiza new town.  It would be a fascinating project, one which would provide a lot of much needed employment and which is, I think, vital, not only to prevent ecological collapse in a vital part of the catchment area but also to prevent moral and social decay amongst the communities in the vicinity.

All these thoughts were prompted by my reading of the following report, which  I transcribe in slightly simplified form –

Above the City we laid out a park, the wealth of the mountains and the lands, herbs and fruit bearing trees we set down for our people to see.  In past generations the river had been low, and some years had stopped flowing, but we built a dam to control and feed the waters to the cultivated lands.  Where there were springs we built reservoirs and cut canals through the difficult places to irrigate a thousand fields below the City, and the orchards, in the hot season.  To control the flow of these waters we made a swamp and set out a cane brake within it.  Iguri birds, wild swine, beasts of the forest we turned loose therein.  By command of the god, within the orchards, more than in their native habitat, the vine, every fruiting tree and herbs throve there luxuriously – the mulberry, the cypress, the reeds of the brakes which were in the swamp and the wool bearing’ trees we sheared and wove the wool into garments”.

We do not know what the iguri birds were but the wool bearing trees were obviously cotton.  The foregoing is an extract from the record of the reign of King Sennacherib (705-681 B.C.) in the annals of Assyria and the city referred to is Nineveh.  What better description could be found of a ‘relationship harmonious between nature and man’ as was propounded by our late colleague Wilhelm Gilges.

It is, I know, fruitless to speculate on the “ifs’ of history, but how different may have been the subsequent story in the middle east had the excellent ecological work of Sennacherib been continued uninterrupted.  As it was, in the times of his grandson, the empire collapsed and the destruction of the fabric of the state ensured that the irrigation system stopped working, some agricultural life continued along the line of hills, but in the river valley life was reduced to a low level not known since prehistoric times.  Assyria became a backward country and virtually disappeared from history. Only by chance does history again in olden times mention this place which must have been so delightful in the 7th century B.C.  Xenophon and his ten thousand passed along the Tigris and commented on the poverty of the small peasant groups along the river.  Alexander the Great fought Darius there, and as an aide to the main item on the agenda only visited the ruins, there was nothing else for the tourist to see. 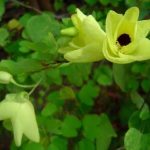 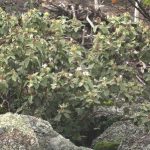