Saturday September 2nd: Botanic Gardens walk. This walk will last about an hour and a half. Meet in the car park for an 08.30am start. PLEASE NOTE NEW TIME WHICH WAS REQUESTED BY MEMBERS IN THE RECENT QUESTIONNAIRE. It is spring time, the weather is glorious and the gardens should have much of interest. See you there.

Weekend 15th to 18th September: Outing to Mutare/ Burma Valley/ Cecil Kop. There have been earlier notices about this trip and it is still not too late to join the group. If so please let Mary Lovemore know, you will need to arrange your own accommodation.

Saturday September 23rd: Visit to Blue Kerry in Steppes Road, by kind permission of Meg Coates Palgrave. Meet at Blue Kerry at 14.30. Once in the gate keep straight ahead to the car park in front of the main house.

BirdLife Zimbabwe (BLZ) Mashonaland Branch has organised a bush weekend with a difference! Birders are totally catered for, firstly with the BLZ Bird Talk and then the usual early morning and late afternoon bird walks. However the Astronomy and Tree Societies are also being catered for in terms of talks and walks for trees and star gazing. There will also be other talks of interest – not finalised as yet but there will be talks on insects, snakes or butterflies or whatever to fill in the gaps.

This event will take place from Friday 13th to Monday 16th October at Lasting Impressions (check their web site) in Kadoma situated just below the Claw Dam wall. Because this is a youth training camp, accommodation will be mostly in dormitories. You have to pretend that you’re on a houseboat and are sleeping on the top deck with your family and friends! They also have some 2/4 person tents or you can use your own. A charge of $100.00 per person will pay for Friday lunch and Dinner, Bed and Breakfast for the three days. The charge is reduced if you are using their tent and even less if you are using your own tent. If you need lunch on Saturday or Sunday, this will cost an additional $8.00 per meal. I’m told the food is really good! The only costs involved for this outing are the camp charges which are payable by card into their bank account. There is a shop on site selling souvenirs and cool drinks – but you can take your own drinks.

So what’s the purpose of this bush trip? It’s to have a venue where you can rub shoulders with members of other societies. It will also give non-members an inkling as to what some societies do and of course all societies/clubs would like to gain a few members and above all – to have FUN!

If you are interested, send me an email and I’ll forward to you the program (still to be finalised) and the payment details.

Eleven members took advantage of a day out at this very pleasant venue. The countryside was fairly dry and the trees mostly leafless, but there were signs of springtime approaching and a delightful warmth in the air after all the cold days we have experienced. We had much interesting discussion and were pleased to have with us Collin Mwatupa, who is the Manager of Twala and we are grateful to Sarah for providing teas and coffee when we got back at lunch time. Also for the very pleasant picnic area where we were joined by two very dear duiker, two brilliantly white cockatoos who just loved being part of the picnic, a big fat friendly tabby cat, a mischievous one-armed vervet monkey and various tortoises roaming around.

Twala Animal Sanctuary is situated in the Arcturus area off Gardiner Road – about half way between Arcturus Road and the Mutare Road. The vegetation is very typical of that area. 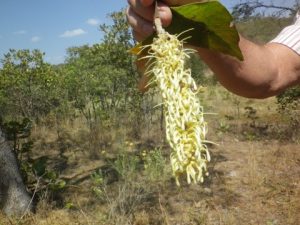 The first tree we looked at was Faurea rochetiana, PROTEACEAE, Broad-leafed Beechwood, which was just coming into flower. Later we saw a specimen in full flower, its long pendulous creamy spikes were impressive. This was followed by Monotes engleri, Pink-fruited Monotes, with its elliptic to oblong leaves, dark green above, whitish to grey with silvery hairs below. The Sand Olive, Dodonaea viscosa, was in flower everywhere with its greenish-yellow flowers in dense axillary or terminal heads. Sexes separate on different trees, or bisexual, they made a lovely show.

Parinari curatellifolia, Mobola Plum, was also much in evidence. This fruit is much sought after by local people, particularly during droughts when crops have failed, and consequently the trees are seldom chopped down. The fruit, with its pleasant tasting yellow flesh, has a variety of uses and forms a staple item in the diet. It may be eaten as it is or made into a porridge. A delicious syrup is prepared from it and it provides the basis of a refreshing non-alcoholic drink, also of an intoxicating liquor. An extract from the bark is used in tanning and also as a hot fomentation for the treatment of pneumonia. So it is an essential ingredient of rural life where it occurs!

Senna singueana, Scrambled Egg Cassia or Winter Flowering Cassia, was just coming into flower and made a lovely show. Then, our favourite, Combretum molle, Velvet Bushwillow – Meg’s “Wish” tree, which gets its name from the dense grey velvety hairs on both surfaces of its opposite leaves. Dombeya rotundifolia, Wild Pear, with its broadly ovate to almost circular leaves (which we did not see). These will be making a spectacular show soon, with their white many -flowered axillary branched heads, one of the springtime specials that one looks forward to.

We saw Gymnosporia senegalensis, the Confetti Bush and then, in its autumn glory, Flacourtia indica, Governor’s Plum, with its finely textured to leathery, light to dark green leaves which become brilliant red, plum coloured or purple to purplish black in the autumn. The ones we saw were armed with large spines.

Burkea africana had us guessing for a while in its bare state, but the densely velvety rusty red to maroon growing tips gave us the clue. We saw Searsia longipes (ex Rhus longipes), Crowberry, with its trifoliolate leaves, then Dichrostachys cinerea, Chinese Lanterns and Ochna schweinfurthiana, the Brick Red Ochna, which is reputed to be poisonous to goats.

Syzygium cordatum, the Waterberry, with its elliptic to almost round leaves and dark brown, rough and fissured bark was growing happily along the little stream and Ficus sur (Ficus capensis) was also found along the stream bank. We then saw Euclea natalensis, Hairy-leafed Guarri and Turraea nilotica the Bushveld Honeysuckle; Julbernardia globiflora, Allophylus africanus, the Forest Velvet False Rhus – also with trifoliolate leaves.

Diplorhynchus condylocarpon, the Horn Pod Tree or Wild Rubber, with its milky latex that forms a soft, rubber-like substance which has been used as a bird lime and, on one occasion by Fred Eyles (one of Rhodesia’s early botanists) to temporarily repair the cracked sump of his car which held until help could be reached.

Uapaca kirkiana, Mahobohobo or Muzhanje, is much loved for its delicious fruit and, if allowed to ferment, can be made into a pleasant wine. Next to it was Rhamnus prinoides, Dogwood, with its very glossy leaves, dark green above and dull green below; then Brachystegia boehmii. Mufuti or Prince of Wales, and Pseudolachnostylis maprouneifolia, Duiker- or Kudu-berry and Psorospermum febrifugum, Christmas Berry. We thought we had found a “hockey sticks” = Indigofera spp tree – but it had straight pods. 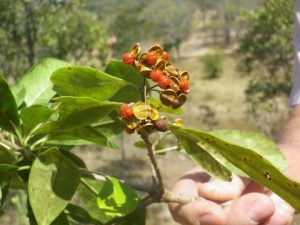 Terminalia stenostachya, Rosette-leafed Terminalia and Lannea discolor, Live Long Tree where we noted the ‘stretch marks’ on the trunk; Coptosperma neurophyllum, Tarenna, common Tarenna or kopje butter spoon. The Bridelia cathartica, knobby Bridelia made a good show in its autumn leaves; Ozoroa reticulata with its elliptic leaves in whorls of three; Pittosporum viridiflorum, cheese wood was in fruit. We also saw Erythrina abyssinica and Lippia javanica in flower; and many more which we did not record.

Altogether a very pleasant day and our thanks go to the management of Twala Nature Reserve for making it so. 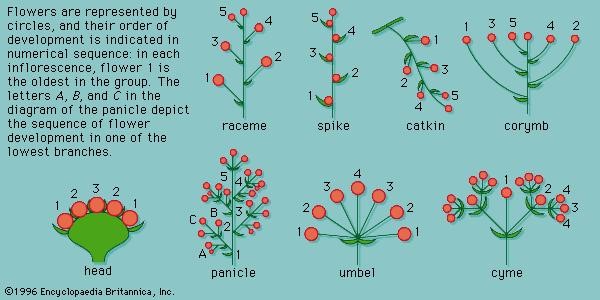 Eugenia uniflora, with common names Pitanga, Suriname, Brazilian or Cayenne Cherry or Cerisier Carré is a plant in the family Myrtaceae native to tropical South America’s east coast, ranging from Suriname, French Guiana to southern Brazil, as well as parts of Paraguay, Argentina and Uruguay. Known as Pitanga throughout Brazil and Uruguay, or ñangapirí in surrounding countries, the plant is relatively pest resistant, easy to grow and high in antioxidants. The tree is also grown in the West Indies, specifically in Haiti, where it is known as Cerisier Carré, similar to French Guiana. The Suriname Cherry is often used in gardens as a hedge or screen. The tree was introduced to Bermuda for ornamental purposes but is now out of control and listed as an invasive species. In Harare the Pitanga Cherry is grown as an ornamental plant. 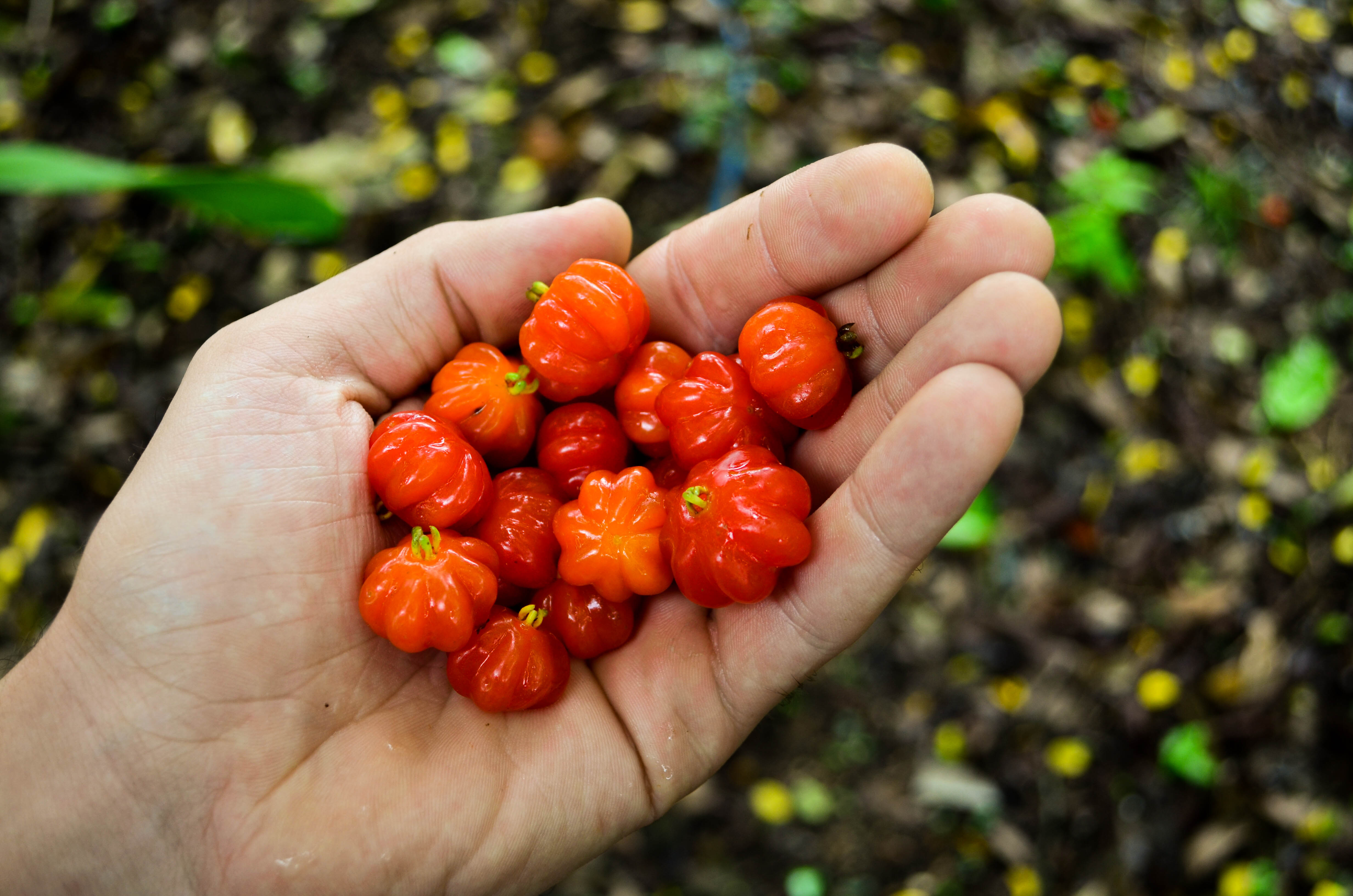 The upper photograph shows leaves (old and young) as well as the flowers with the prominent stamens. The photograph below shows the ribbed fruit.

Eugenia uniflora is a large shrub or small tree with a conical form, growing slowly to eight metres in height. When bruised, crushed or cut, the leaves and branches have a spicy resinous fragrance, which can cause respiratory discomfort in susceptible individuals. New leaves are bronze, copper or coppery-pinkish in color, maturing to a deep glossy green, up to 4 cm long. During winter the leaves turn red.

The flowers have four white petals and are borne on slender long stalks, with a conspicuous central cluster of white stamens ending in yellow anthers. Flowers develop into ribbed fruits 2 to 4 cm in diameter, starting out as green, then ranging through orange, scarlet and maroon as they ripen.

The edible fruit taste ranges from sweet to sour, depending on the cultivar and level of ripeness (the darker red to black range is quite sweet, while the green to orange range is strikingly tart). Its predominant food use is as a flavouring and base for jams and jellies. The fruit is high in vitamin C and a source of vitamin A.

The leaves are spread on house floors in Brazil, so that when crushed underfoot, they exude a smell which repels flies. The leaves are also used for tea in certain parts of Uruguay.

Eugenia uniflora has several significant pharmacological properties. Its essential oil is anti-hypertensive, anti-diabetic, anti-tumor and analgesic and it has shown anti-viral and anti-fungal activity. It also shows significant anti-inflammatory properties and is used extensively as a folk remedy in South America against stomach diseases. 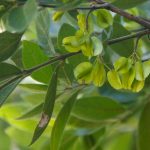 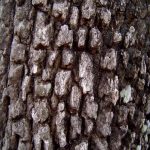