Sunday September 15th: Visit to Thetford Estate by kind permission of Mark Brightman. It has been many years since the Society visited Thetford and we anticipate an interesting and enjoyable day.  We will meet at the usual time of 9.30 am. Bring your lunch, hat, water etc. appropriate for an all-day outing.

Saturday September 21st: Visit to Dandaro kindly organised by Richard Oulton. Although the walk will feature a large proportion of exotic trees, there are also a surprising number of native trees as well and indeed much of botanical interest. If there is time, we will see the Australian Tuckeroo tree, Cupaniopsis anacardioides.

Frances Allan is leaving the country and would like to sell her copy of Meg Coates Palgrave’s Trees of Southern Africa. It is the older edition. If anyone is interested, please contact her directly on 0772-235-281.

No tree of the month for September, it will continue in October 2013. 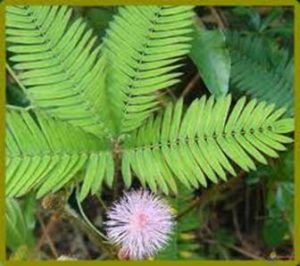 An aspen tree (Populus tremula) can remember a gust of wind for a week. The biologist Ludovic Martin (University of Clermont-Ferrand, France) measured the expression of a gene, normally inactive, after a branch had been bent. The branch was bent daily for a week and it got used to it so that the gene was no longer expressed. It took a week of rest before the tree “forgot” and that gene expressed again. The case of Mimosa pudica shows the memory effect even better. When the leaves are touched the leaflets immediately fold-up, the same occurs if the pot containing the plant is suddenly lifted.

If the pot is lifted five or six times in succession that behaviour disappears even though the plant still reacts to contact (Stefano Mancuso, University of Florence, Italy). This shows that the plant “learns” that being lifted is not dangerous. The Mimosa pudica “remembers” that lesson for 40 days. 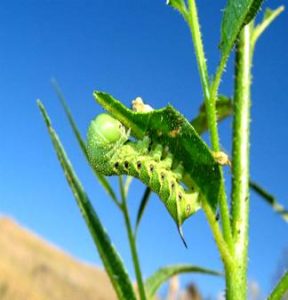 When attacked by insects some plants call for help from their body-guards: they send chemical messages to the predators of their aggressors. Ian Baldwin and his team at the Max–Plank Institute of Chemical Ecology in Germany has shown that, when attacked by Manduca sexta caterpillars, HIPV compounds (Herbivore-Induced Plant Volatiles) produced by  the Coyote tobacco plant Nicotiana attenuata stimulate the hunting performance of the bug Geocoris punctipes which is very fond of the caterpillars.    When the genes coding for the HIPV are suppressed the plant has twice as many caterpillars attacking it. Furthermore when the eggs of Manduca sexta hatch on the Nicotiana leaves, the plant lures them with trichomes which are very small growths loaded with sugars. But as soon as the caterpillar has absorbed the trichome liquid, it  exudes a smell attracting not only Geocoris but also the ant Pogonomyrmex, another enemy of the caterpillar. 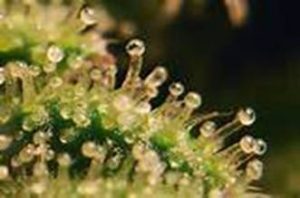 trichomes which are very small growths loaded with sugars

In addition Sven Heiling (also of the Max Plank Institute) has discovered a new family of chemical compounds that poison Mandura sexta which have become resistant to nicotine. The new lines are diterpenes glycosides.  It was observed that if the gene responsible for their production is deactivated, the larvae gain weight 10 times as fast as it does with the diterpenes active.

Brambles, in the blackberry family, may be aggressive veterans of invasive behaviour but as the old saying goes “Nothing new under the sun” (Ecclesiastes 1,9). Every plant wants a place in the sun and the star cucumber is no exception. 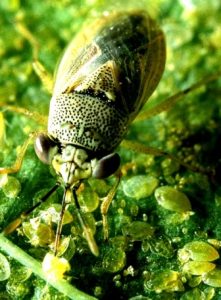 Unfortunately it does not possess the enzymatic equipment to make wood and therefore cannot grow more than 30cm before collapsing to the ground. To compensate for that deficiency it has developed a fantastic sense of touch in its tendrils. To look for a support the tendrils whirl and extend themselves until they touch a suitable support where the tendrils can entwine.

Obviously all plants with tendrils display similar behaviour but the case of Sicyos angulatus has been studied in detail by Daniel Chamovitz at the University of Tel-Aviv (Israel). He reported that a weight of 0,25 grams on a tendril caused it to twine. A human finger, by contrast, only feels the pressure of a wire from 2 grams or more.

Gabriele Monshausen (University of Wisconsin in Madison in the US has identified the membrane proteins that are likely to explain this behaviour. At each mechanical stimulus, the plant liberates a flux of calcium ions detected by luminescence which inform the cell of the contact. 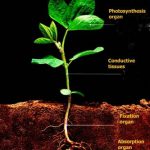 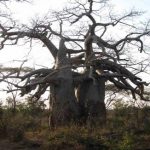