The Tree Society wishes all its members a Merry Christmas

and a Happy New Year

Firstly, I would like to thank Bill Kinsey the former editor of Tree Life who finished his term of office with a magnificent 14-page bumper edition in December. It is no mean feat to produce a newsletter every month, especially when material is not readily available and Bill has done a sterling job for the Society.

I would also like to welcome Isla Grundy, our new editor who will take up the reins with the February 2012 edition.

However, as Isla is away, there is a hiatus with the January 2012 edition which is being filled by your Chairman.

May I wish all members of the Society a Merry Christmas and a Happy New Year.

NOTE: the details of the outings are given below and there will not be a separate email sent out later.

Sunday 22nd January:  The home of Gus Le Breton, Christon Bank.  We will meet there at 0930 as usual. Please bring all required for a picnic lunch etc.

Saturday January 28th. Afternoon walk:  The home of Gus Spartas.  This is a dry garden area with a wide variety of exotic cacti and dry climate species, plus interesting trees.  We will meet at 1430 as usual.

Harava is not a site that we visit regularly, in fact our last visit was on the 21st of November 2004, 7 years back. Adverse reports on the state of the road may have contributed to this negative perception. In fact we cruised along very nicely and the few raw spots we encountered bore no resemblance to some of the huge pot holes in the heart of the city. 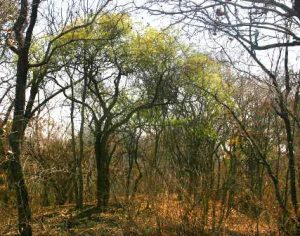 So we arrived at the picnic site where we were greeted by Tony Alegria, chairman of the Bird Society who was somewhat impatient with our lack of Swiss time keeping accuracy.

The picnic site was reasonably clean, even though the old principle: “Take nothing but photographs, leave nothing but your footsteps” could not adequately describe the place.

On this auspicious occasion we were led by no less than Meg Coates Palgrave herself. Thank you Meg.

Meg provided us with photocopies from the Flora Zimbabwe website (http://www.zimbabweflora.co.zw/) listing the species we could expect to see. Thanks to Meg’s expertise we were able to add another 24 species to that list.

Our visit was mostly concentrated around the picnic site, Meg fearing an invasion of visitors at lunch time.

Somehow, coming from Matabeleland, I always thought that biodiversity was less in Miombo forests, I’m no longer so sure, after all opinions are like underwear, they should be changed regularly.

We identified 45 species in 25 genera. 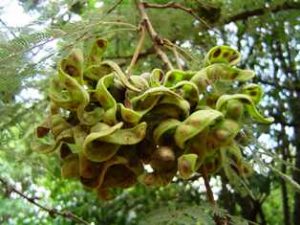 That is what I remember, I have probably missed a few but I think that we had a very profitable outing, thank you Meg.