Sunday 20th February: Christon Bank. It has been a little while since we last visited Christon Bank. This is always an interesting venue with a wide variety of habitats ranging through rocky hills, miombo woodland, and riverine vegetation and with a corresponding variety of trees and plants. Please bring a picnic lunch, a chair, a hat and water. We will meet at 9.30 am.

Saturday 26th February: Blue Kerry, something a little different is planned for my 4th Saturday walk in February.  We are visiting Blue Kerry, and the emphasis will be on cultivated trees and plants, looking at them from a botanical perspective. This will be an opportunity for us all to get to know our exotic flora a bit better.
Naturally, we shall not ignore any native trees or plants that we come across!  Residents of Blue Kerry will be invited to come with us and, after the walk, we will have a small get-together at which tea will be provided. It would be helpful if anyone attending could bring a plate of snacks or packet of biscuits.
The start time will be 3 pm, a bit later than our usual 2.30 pm.

The United Nations General Assembly declared 2011 the International Year of Forests to raise awareness of the sustainable management, conservation and sustainable development of all types of forests, and this month saw the official launch of IYF. The greatest threats to forests world-wide are unsustainable harvesting of timber, unsound land management practices, conversion to agricultural land and creation of human settlements.

Throughout the remainder of the year, Tree Life will feature a series of articles that focus on different dimensions of particular relevance during the IYF.

Val D’Or is an excellent venue for a Tree Society Christmas Social. It is reasonably close to Harare and yet we find ourselves in ‘real’ miombo woodland so we can see trees and plants in their natural setting.

The facilities—chairs, shade, the beautiful garden, the ability to boil water when ZESA is not on—are excellent, and we always get a warm welcome from our hosts, Bill and Fiona. Given all this, it is not surprising to hear that Val D’Or was once again the chosen venue for the December Christmas Social.

Rigid time-keeping is never a feature of a Tree Society outing; our 9.30 am start time is always more of a vague guideline than a strictly maintained starting point. But at a Christmas Social, the elastic time-keeping is stretched even further and serious tree recording takes a back seat. And so we met at 9.30 am, tea and snacks were served and enjoyed at about 10 and after a while (about 11) we had a short walk. This time we managed to walk nearly as far as the entrance gate and reached an extremely large Pittosporum viridiflorum that was in full flower. However, keeping an eye on the time is required at this point because we needed to fit in Adele’s quiz before lunch, and so I turned the troops around and we headed back to the gazebo.

We then split into four teams for the quiz, which was devised and chaired by Adele. As we all know from previous years, Adele’s quizzes can be extremely challenging. I didn’t think it was quite so difficult this year, but there was still much conferring, muttering and head-shaking as the questions were posed to the teams.

After the quiz, I, as Chairman, handed out prizes to the winners and some small gifts to people who have helped the Society in various ways during the year.  After that it was lunchtime, and we all drifted away in the afternoon. My sincere thanks go to Bill and Fiona for always making visits to Val D’Or so special and enjoyable.

This was our second visit in recent years to Mfuti, the home of Mr and Mrs Vorster, not far from Arcturus on the Cromlet Road. Our most recent outing there had been on 21 June 2009, in the middle of winter.

The altitude is a little bit lower than Harare, namely 1410-1450m, and this was evident in the larger component of Mfuti trees in the miombo woodland. As on our last visit, upon arrival, fresh tea was provided for us in the gazebo. Our thanks go to Mrs. Vorster for hosting us and for her hospitality.

We walked a circular route, heading down the drive, turning left near the gate and walking up a path along the side of a small valley. As we climbed the slope (rather slowly in the October heat), our attention was caught by a striking purple-flowered herb. This was Scutellaria schweinfurthii subsp. paucifolia. It is a pyrophyte, namely a species which comes up from a perennial base during the hot dry season before the rains and is often most noticeable in areas that have been burnt. The Latin name of the genus is derived from Scutellum (a shield) and I suspect refers to the dish-shaped upper calyx tooth.

In fact, not many trees were flowering, but one tree that was in flower was Ekebergia beguelensis, the Woodland dogplum. This belongs to the Mahogany family and has small white flowers arranged in short inflorescences. Like most of the other species in the family, this has a staminal tube which protrudes forward out of the front of the flower.

We passed a stretch which had an element of riverine vegetation—perhaps an area that was slightly wetter than the surrounding woodland. Here were Rhamnus prinoides, Shiny leaf and Ligustrum lucidum, the Glossy privet, the latter looking very well naturalised. The Privet seems to be increasing as an alien around Harare; we see it at Greystone Park in abundance below the dam, but it is not generally that common. Also in the same area were further escapee exotic trees: Homalanthus populifolius, Toona ciliate, Cedrela, Jacaranda (one we often see) and Leucaena leucocephala.

Leucaena leucocephala has been called the Wonder tree, the Tree of Life, and the Prosperity tree, because it grows fast, it fixes nitrogen and it tolerates drought. It produces high quality firewood and its foliage is attractive to most herbivores—and is thus useful as fodder. It was suggested that it might be the answer in many barren third world countries. Unfortunately, the Leucaena Psyllid (Heteropsylla cubana), native to Central America, has spread rapidly round the world, infesting and severely damaging Leucaena trees. In Zimbabwe, the tree is occasionally planted and sometimes escapes, but it is not a very aggressive weed. 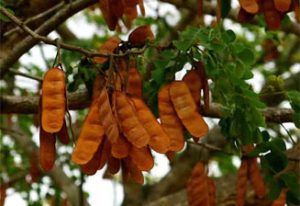 Further up, we came into groves of Albizia versicolor (the Poison-pod albizia). We saw this tree here in June 2009 and were a bit surprised to see it so close to Harare. On this visit we discovered that it was far more extensive than we had thought (which suggests that planting was unlikely). The trees were all in flower, showing their powder-puff inflorescences. We do in fact have a record of it from Christon Bank, so it does occur near Harare but is obviously quite local.

Two other slightly unusual herbaceous species seem were Athrixia rosmarinifolia. This is a daisy-like (or Aster-like) plant with narrow leaves which are reminiscent of Rosemary, Rosmarinus officinalis. It is a high rainfall species, very common in Brachystegia woodland and grassland in the Eastern Highlands and which also occurs along the Central Watershed, reaching the Harare area.

The other was Osteospermum monocephalum, another species from the Asteraceae. The fruiting heads develop prominent wings, which is most unusual for species of this family.

By then, Tree Society stomachs were collectively rumbling and we returned to the gazebo to eat our picnic lunches. All in all, the day was hot, and interesting plants were not easy to find, but as usual there was enough of interest to make it a very enjoyable and stimulating day.

Forest clearing to make way for agriculture continues at a high rate, according to a UN Food and Agriculture Organization report published before the launch of 2011 as the UN International Year of Forests on 2 February.
Between 2000 and 2010, the world’s total forest area decreased at an annual rate of 5.2 million hectares, equivalent to the size of Costa Rica, states the 2010 Global Forest Resources Assessment (http://www. fao.org/forestry/fra/fra2010/en/).

Since forests support the livelihoods of 1.6 billion people globally, house 80 per cent of the world’s bio-diversity and reduce carbon in the atmosphere, Francis Seymour, director-general of the Indonesia-based Centre for International Forestry Research (http://www.cifor.cgiar.org/), said the declaration was a good opportunity to raise awareness about forest-friendly initiatives:
“[Given that] governments face significant political and financial risks [from the domestic forestry sector] in undertaking deforestation initiatives, this gives us a chance to show support for their decisions,” said Seymour.
The FAO report may be read online at: http://irinnews.org/Report.aspx?Reportid=91579).

Emmanuel Chidumayo and Davison J. Gumbo, (Eds.). The Dry Forests and Woodlands of Africa: Managing for Products and Services
The dry forests and woodlands of Sub-Saharan Africa are major ecosystems, with a broad range of strong economic and cultural incentives for keeping them intact. However, few people are aware of their importance, compared to tropical rainforests, despite their being home to more than half of the continent’s population. This book brings together scientific knowledge on this topic from East, West, and Southern Africa and describes the relationships among forests, woodlands, people and their livelihoods. Index, tables, maps, 288pp,
UK. Earthscan. 2010 9781849711319 Hardback GBP65.00. 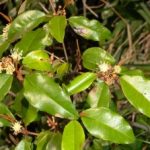 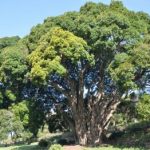