Sunday, February 21st: The main outing for February will be to Domboshawa, just north of Harare. This is one of our regular haunts; parking is easy and the vegetation extremely interesting.

There will be an entry fee, so please bring some money.

Val d’Or is the home of Bill Clarke and Fiona Lawrance, our kind hosts for the day. It lies at S 17.83842, E32.27548 alt 1530, about 20km northeast of Harare. This was our venue for our Christmas social outing. Bill and Fiona organized a pleasant “bring and share” tea. Adele Hamilton-Ritchie organized a quiz with some taxing botanical questions, and some general questions such as “What do you get if you cross a snowman with a vampire?” No body from our high-powered brains trust came up with the right answer…….. “Frostbite” !!!!!! Thanks to Bill and Fiona for making the day such a success, to Adele for doing the quiz, and to Mark for leading the outing. 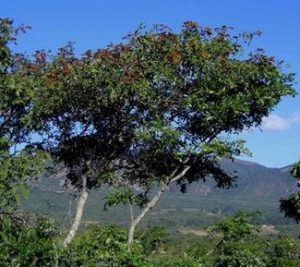 The area is on grey fairly fine-grained sandy granite soils. The woodland is Miombo, mainly Julbernardia globiflora. In fact, only one Msasa, Brachystegia spiciformis, was seen. Generally bush fires have been excluded from the area by veld management. This was evidenced by deep layers of leaf mould, and extensive mats of ferns, especially among the rocks. Granite specials seen in the woodland were Ochna puberula and Garcinia buchananii. G. buchananii is distinctively recognized by folding a leaf in half, and noting the yellow latex. Using the same fold technique on Maytenus undata gives a distinct grey line. Near the dam, we came across a specimen of Ficus verruculosa. It is always found near water, hence its common name “water fig”. It is usually a suffrutex, but occasionally does send up stems forming a scraggly tree.

If the sun could be seen shining through the branches of an Apple tree on December 25th – Christmas Day, then the owner of the tree, if a farmer, would reap a healthy crop the following summer. If the farmer wanted to ensure that this would happen, he would have put a piece of toast in the fork of the tree, or in the largest Apple tree in the orchard.

Wassailing is a ceremony held in areas where cider was made, such as Somerset and the West Country of England. Celebrations focused on giving thanks to the wood spirits and all spirits that safeguarded the crop, culminating in songs and verses being chanted while the remaining cider was thrown over the trees.
Apple twigs make good divining rods (as good as any others that is).

Thanks very much to our hosts for the day, Fred and Renate Winch. Thanks also to Meg Coates-Palgrave, our leader for the day. The area was once mature Miombo woodland. Most of the mature trees have long since been cut out, but a few of the original trees have been preserved in the garden, including a particularly fine msasa specimen of almost a meter in diameter at the base. Soils are red loams derived from gabbroic rocks.

If you have a treasured old msasa tree in your garden, be careful you are not killing it with tender-loving-care. In nature, in the dry season, msasas do not like to have their roots wet. At this time of the year, soil under msasas is bone dry, and the grass is frequently burnt. If you have a garden under your prize tree, and routinely water it in the dry season, you will surely kill your msasa. It may take 5 or 10 or 20 years, but you will kill it sooner or later.

Senna singueana has paripinnate leaves, with a distinctive gland between the opposite pairs of leaflets. The leaves have a distinctive grey green colour. Senna pod tea is not derived from our Senna, but from Cassia senna, a shrub from northeast Africa (synonym Cassia angustifolia). It is a powerful, and at times dangerous, laxative that was used by the ancient Egyptians. S. singueana is used by local traditional healers. A decoction from the burnt roots is used for stomach complaints, and the bark used for deterring evil spirits.

Flacourtia indica and Vangueria infausta both were seen bearing similar looking fruit. The fruit of both trees develop from an inferior ovary, and both retain the calyx, which is distinctively offset, and gives the fruit its characteristic asymmetric appearance. The trunk and branches of Pittosporum viridiflorum are usually well-covered by lenticels, glands used for transpiration. The leaves are a fresh green colour giving the tree its specific name “viridiflorum”. The leaves form a whorled rosette at the ends of branches, often with a few crumpled and distorted leaves.

There was a well-developed thicket of Zimbabwe creeper, Podranea brycei, which caused considerable debate as to whether it was naturally in situ … or an escapee. At an altitude of 1380m, this occurrence is in its natural riverine habitat, and falls well within the natural altitudinal range of 500m to 1500m. I know of no other occurrences in the Umwindzi valley. The seeds do germinate readily, so there is a chance that it is an escapee from a garden specimen.

The river bushwillow, Combretum erythrophyllum, gets its specific name from the red colour that the leaves occasionally turn in autumn. It usually, but not always, occurs along riverbanks, where its roots form tangled masses which are a key part of riverbank stability. Meg wondered if C. erythrophyllum was a rheophyte. The word “rheophyte”, which was new to me, is derived from ‘rheo’, meaning fast flowing, and “phyte”, meaning loving, ie a rheophyte is a plant that loves fast flowing streams.

The New Year’s Quiz—The Answers
And now here, without further ado, are the answers. To refresh your memories, I’ve repeated the questions.
-Ed.

1. What two (large) birds are known to make therapeutic use of what widespread local tree? And how?
The birds are the crowned and black eagles. And the tree is Euclea natalensis (large-leaved or Natal guarri, Natal ebony). The eagles are known to bring in fresh green twigs of Euclea species to line the nests in which their young are sitting. While not known with certainty, it is believed the eagles use the twigs to suppress nest parasites and keep down fly populations, thus helping keep the young fledglings disease-free.

2. Where do the original wild apples and apricots come from?
Kazakhstan, in central Asia. If you don’t believe me, track down an eminently readable book called In Search of Kazakhstan by Christopher Robbins. Recommend reading anyway.

3. What is the only fruit that we see regularly on sale in many places that comes originally from southern Africa?
Watermelons.

4. Of all vegetables, only three will routinely crop for several growing seasons. What are the three perennial vegetables?
Asparagus, artichokes and rhubarb.

5. How did the pear get into the posh bottles of pear brandy?
As soon as the flower fades, the growing branch of the pear tree is inserted into the bottle … without detaching it from the tree, of course. The pear ripens in the bottle. After that, cleaning up, adding the brandy, sealing and labelling the bottle are relatively easy.

6. Name the only vegetable that is never sold (at least in southern Africa) frozen, canned, processed, cooked or in any other form except fresh.
Lettuce. Although, in the Netherlands, one can buy takeaway lettuce soup.

8. Name a fruit where you eat the stalk and treat the actual fruit with great reserve at best.
Cashews.

9. A Russian novelist and Nobel Prize winner; a German Chancellor, and an American filmmaker share common roots. What’s the connection?
The Russian novelist is Boris Pasternak, who won a Nobel Prize for Doctor Zhivago. Pasternak is the Russian word for a parsnip. The German Chancellor is Helmut Kohl. Kohl is the German word for cabbage. The American film-maker is Albert Broccoli, who needs no translation. So you’re looking for a vegetable connection. Common “roots” in the question was the give-away.

10. Why would good gardeners celebrate the incoming of 2010 with the root of a sedge, 2011 with the bluebells of Scotland, and 2012 with a tree that drips blood?
In the Chinese zodiac, 2010 is the Year of the Tiger; 2011, the Hare; and 2012, the Dragon. 2010: the sedge is Cyperus esculentus (yellow nutsedge), and one of its common names is Tiger Nuts. 2011: Campanula rotundifolia is known as Bluebell in Scotland … but Harebell in England. 2012: The tree is Dracaena draco, the Dragon’s Blood Tree.

11. What is reputed to be the second most frequent cause of accidental death in the Comoros, after traffic accidents?
Being hit on the head by falling coconuts, of all strange things.

12. Where does the common name of the weed Chromolaena come from, and why is it appropriate?
Triffid weed, from John Wyndham’s classic, The Day of the Triffids. Wyndham’s triffids were photosynthetic organisms that marched around on three feet-like appendages, each (if memory serves me well) devouring anything vaguely biological they encountered. Sounds like Chromolaena to me!

13a. Name five important food grasses.
There are lots, but try wheat, rye, barley, oats, maize, millet, or teff (in Ethiopia) for starters. Quinoa, Chenopodium quinoa, (in the Andes – and increasingly in health food shops) is not a true cereal grain, but rather the fruit of a herb plant. Its small nutritious seeds resemble millet, and the leaves are eaten as well. Be careful though because the easily grown plant is also the source of pesticides.

13b. How do grasses cause hay-fever?
Grasses, being wind-pollinated, shed vast quantities of pollen of just the right size and shape to be acutely irritating … as do some members of the daisy family.

13c. What are marram grass and esparto grass used for?
Sand-binding and papermaking respectively.

13d. Are pampas grass and bamboo true members of the grass family?
Yes, both of them.

How did you do? 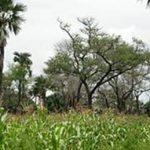 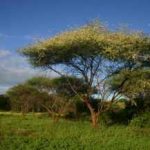