Sunday 18th March 2007: Amarillo, Mount Hampden.  By kind permission of the owner, John Rourke. This is apparently a splendid venue with a lot to offer on the tree front. We will meet at 9.30 a.m.

Subscriptions are as follows. Although we give in the table below the rates for preparing and sending printed copies we would rather send out Tree Life by email because it is easier and cheaper and there is far less of a risk of cost overruns.

Once again, I must emphasise strongly that we do not want to lose members as a result of these increases. Each year a number of members pay more than the norm so that the excess goes anonymously to support members who may be having financial difficulties. So, please do not be proud; talk to Terry or me.
We would also very much prefer to receive the subscriptions in cash.
However, if paying by cheque, please make it out to CABS and on the reverse ‘Pay to the account of the Tree Society’
-Mark Hyde

Notice is hereby given that the 57th Annual General Meeting of the Tree Society of Zimbabwe will be held on Sunday 20th May 2007 at 9.30 am.
The venue is still to be confirmed and will be announced in a later Tree Life.
Any proposals/resolutions and nominations for office bearers should be forwarded to P O Box A 723 Avondale, Harare by Monday 14th May if possible, although proposals and nominations will be accepted from the floor.
AGENDA
1. Notice convening the meeting.
2. Apologies.
3. Minutes of the 56th A.G.M.
4. Matters Arising.
5. Chairman’s Report.
6. Treasurer’s Report.
7. Election of Committee Members.
8. Any Other Business.

The attendance at the January walk at Mazvikadei was rather disappointing. Adele had organised the use of the Davis & Co house on the lake shore for the weekend, but only she and Mimi made use of it. The continuous rain in town on the Saturday, and the likelihood that it would persist all weekend, probably put most people off the journey. Three other couples drove out on Sunday. They all arrived late, but it didn’t matter; true to Tree Society tradition, the party was still within sight of the entrance to the house when the last couple arrived, nearly two hours late. Adele led us on a walk within the township, from the house down to the lake. Sadly, Mark was not able to join us, and how we missed him, and Meg. There was a great variety of trees on the roadsides, and some we had no difficulty in recognising. Brachystegia boehmii was the dominant species, with Julbernardia globiflora close behind. Diplorhynchus condylocarpon was a give-away, with its opposite leaves and white latex. Dichrostachys cinerea was easy, although some of the specimens without thorns had us puzzled temporarily. Bauhinia petersiana was in flower, and the white blossoms were quite diagnostic. Cassia abbreviata displayed its characteristic long pods.

Some of the other species proved a little more difficult, but in the end we reached a consensus. Zanha africana, which the books say is paripinnate, proved to be imparipinnate as often as not; that’s quite a good diagnostic feature. Terminalia stenostachya provided its label in the form of craters on the branchlets at the site of fallen leaves. We were reasonably certain about Bridelia micrantha, Combretum collinum and Acacia karroo. Nobody disputed Ziziphus mauritiana, with its pale leaf under surface. Acacia goetzei was very common; we don’t often see it on walks nearer Harare. Both subspecies were present, goetzei, with the broad leaflets, and microphylla, with the narrow ones; if subspecies they be – they grow side by side in the same environment. Acacia goetzei  could not be anything else at that location, and many leaves had hooks on the underside of the rachis. Acacia goetzii microphylla gave rise to considerable discussion; some members were convinced it was Acacia galpinii. I thought the small number of pinnae pairs and the hooks under the rachis were reason enough to identify it.

We never did agree on the identity of some of the other species. One that caused prolonged argument, that was not entirely resolved by reference to the books at lunchtime, was a Pterocarpus in flower near the lake. Some said P.angolensis, others P.rotundifolius. The leaves seemed to be intermediate, but we couldn’t find any old pods under it to confirm it. The compromise suggestion, that it might have been a hybrid, did not meet much approval. We found a Strychnos that might have been potatorum, or might not. How we missed having someone in authority to tell us what it was. Some trees we passed by quickly, pretending we hadn’t seen them. If one can’t identify a bird, the solution is to approach closely, frighten it away, and explain that one hadn’t had a chance to see it properly. That doesn’t work with trees, which resolutely stay put and defy one to name them. We didn’t even try. The wealth of flowering herbs, orchids and fungi defeated us entirely. How we missed Mark.

After the walk, we gathered for lunch on the balcony of the house overlooking the lake and had excellent views of a Black Egret fishing on the water’s edge, wiggling his yellow feet in the shade of his hooded wings to attract the fish. There were also Yellow-billed Egrets, White-faced Ducks and a Purple Heron.

It was an enjoyable and stimulating day. The fact that we did not have a knowledgeable leader made us think, and discuss, and even argue, without ever becoming acrimonious. But how we missed Mark.

Guide to the examination of plant specimens
(1) Habit
Is the plant a HERB or WOODY?
Is it a CLIMBER?
If a HERB
Is it ANNUAL, BIENNIAL or
PERENNIAL?
Is it SUCCULENT?
Is it AQUATIC?
If WOODY
Is it a SHRUB or TREE?
Is it EVERGREEN or
DECIDUOUS?

(2) Underground parts (if present)
Is there a TAP ROOT?
Or is the root
System FIBROUS?
Are there ROOT TUBERS?
Are there
Developed UNDERGROUND
STEM PARTS
e.g. BULB, CORM, TUBER
RHIZOME?

(3) Aerial stems
Note any SPECIAL FEATURES
e.g. SCAPE, RUNNERS,
STOLONS etc.
TENDRILS, features of
BUD and BARK
If present
(4) Leaves
Note arrangement
Is it ALTERNATE, OPPOSITE
Or WHORLED?
Is a BASAL ROSETTE developed?
Note attachment to stem
Is leaf blade SESSILE or PETIOLATE
(i.e. borne on a leaf stalk
or PETIOLE)?
Is there an EXPANDED SHEATHING
BASE?
Note division of leaf blade
Is the blade SIMPLE or COMPOUND?
(i.e. made up of separate
LEAFLETS)?
Note stipules
Are there STIPULES present at the
Base of the leaf stalk? I.e.
Is the leaf STIPULATE
(with stipules) or
EXSTIPULATE (without
Stipules)?
(5) Inflorescence
Is the
Inflorescence RACEMOSE or CYMOSE?
Or are the FLOWERS SOLITARY?
Is it a SPIKE, RACEME CORYMB
UMBEL, CAPITULUM or
PANICLE?
Is it BRACTEATE (with
BRACTS at the base of the
Flower-stalks) or
EBRACTEATE (without
Bracts)?
(6) Flowers
Are the flowers BISEXUAL or UNISEXUAL?
If unisexual,
Are they MONOECIOUS (with both
Kinds on same plant)
Or DIOECIOUS (each kind on
A different plant)?
(7) Relationship of the perianth to the gynoecium
(A flower should be cut vertically into two half flowers)
Are the sepals and petals inserted:
a) independently on the receptacle BELOW the gynoecium i.e. are the FLOWERS HYPOGYNOUS or
b) on the rim of the saucer-shaped to cylindrical TUBE around the gynoecium i.e. are the FLOWERS PERIGYNOUS or
c) at the apex of the gynoecium wholly ABOVE it i.e. are the FLOWERS EPIGYNOUS?

(8) Members of the perianth
Are they ALL ALIKE?
Or differentiated into an outer
Greenish CALYX
And an inner
Coloured COROLLA?
If differentiated, proceed to 9 then 10 below.
If all alike,
Are they all (a) SEPALOID (greenish
And calyx-like)
Or all (b) PETALOID (coloured
And corolla like)?
If (a) proceed to 9, treat as CALYX and omit 10.
If (b) proceed to 10, treat as COROLLA and omit 9.

(9) Calyx
Of how many SEPALS is it composed?
Are they all FREE or UNITED above
The base? 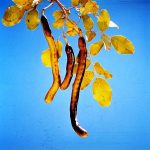 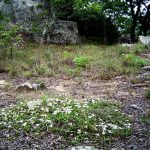