Tuesday 7th November: Tom will still be away at this date and therefore the walk is cancelled.

Sunday 12th November: [Note: one week earlier than the normal 3rd Sunday]. Jacana Yacht Club, Lake Chivero.
This is a new place for the Society. Richard Oulton reports that it is a splendid venue, safe, secure and not too far out of town, and some interesting trees on the premises. We will as usual be self-sufficient, requiring only the Club’s parking and toilet facilities, for which we have agreed a reasonable lump-sum payment of $5000, (to be shared amongst the numbers that turn up). They have a bar, and food, and a lovely vista overlooking the lake.  We shall meet there, as usual at 9.30 a.m.

Continued from the October Tree Life …
Monday 14th August:
Today was a local day. We started off walking from the cottage and because of the dryness of the season decided to walk down the Marowe stream which flowed just below the cottage.

Our route took us through Brachystegia woodland and many of the tree species seen were typical of what we might see around Harare. The altitude was 1560 m to start with, just a little bit higher than Harare and of course much lower than our walks on the previous 2 days.
Trees seen included: Faurea saligna, Osyris lanceolata, Dodonaea viscosa, Ficus sur, Pittosporum viridiflorum, Ficus burkei, Syzygium cordatum (by the stream), Carissa edulis, Strychnos spinosa, Dichrostachys cinerea, Rhus tenuinervis and Burkea africana (and many more). However, amongst all these usual species there were trees which showed that we were actually in the E Highlands. For example, Cussonia spicata and Maesa lanceolata (neither confined to the E but most common there).There was also the climbing Forest star (Mussaenda arcuata) and Bridelia micrantha.

In the herbaceous plants we saw Helichrysum odoratissimum. This is a sprawling plant with flat-topped inflorescences of small yellow flowers. It is very common in the E Highlands and here was occurring in a rather drier area than usual.
In the stream pools was the introduced Water fern (Azolla filiculoides). It was quite a warm day, but very pleasant walking in the shade of the green Syzygium cordatum trees which fringed the stream.

Further down we reached the Marowe Falls, down which water was comfortably tumbling, and, a little further on after a detour through some dry woodland, we reached the dam.
A long and hot walk uphill was then necessary to get back to the cottage for lunch.
In the afternoon we had planned to take a canoe down to the dam but the starter motor on my land cruiser gave us trouble. This was eventually sorted out by Tim, but it took a while and required some fairly strenuous effort – it’s not easy push-starting such a heavy vehicle. Once going again, we had no more trouble with it fortunately.
Tuesday 15th August:  On this (last) day we returned to Harare.

Before we did that we took the canoe down to the Dam and Ang, Ping, Dragana and Vera went on the lake. Tim, George and I went for a walk and looked at trees nearby. There was nothing particularly startling although there was quite a bit to see.

Like the day before it was very odd to see a high altitude species like Stoebe vulgaris suddenly occurring amongst the miombo.
On our return, we decided not to drive home directly but instead took the ‘Pink Elephants’ Rd. In effect, this meant turning off (to the right) from the Nyanga to Rusape rd and circling to the north, eventually picking up the route again just north of Rusape. The road took us through open country, much of which was grassland. We stopped at a small rocky kopje and I made a hurried list of plants. These were typical of high rainfall places and included Hypericum roeperianum, Diospyros whyteana, Eriosema ellipticum, Dombeya burgessiae Vangueria apiculata, and Olinia vanguerioides.

Olinia is always an interesting species to see. It has opposite broad leaves and as the specific name suggests (vanguerioides: i.e. like a Vangueria) it does somewhat resemble a Rubiaceae, although I have no idea which Vangueria the author had in mind.

We then traveled on, still through much open country, passing Mt Dombo (visible as a bare rocky hump to the north) and the Mkooi Gorge.

Eventually we came to Diana’s Vow. The gate and road in looked a trifle neglected, but within the inner fenced area the grass had been cut and all looked neat and orderly.  The paintings were in good condition and we had lunch sitting on the grass just in front of them. Close by is a rare species, Buddleia pulchella. In Flora Zambesiaca, it is actually recorded from here and I have seen it there before, although it is many years (10?) since I last visited Diana’s Vow.  The Buddleia is a sprawling, almost climbing species. It was still in flower in a few places but was mostly just over.

One thing we discovered is that the 1:50,000 map marks Diana’s Vow in the wrong place – it is on the left hand side of the road going southwards and not on the right.  The Diana’s Vow area is a nice area of high rainfall miombo, quite like the kopje we had seen earlier in the day.  Within the inner enclosure was Cussonia natalensis, just coming into flower. Also seen was Cussonia spicata.

Carrying on on the tar road to Rusape we stopped to see the Harleigh Ruins. The turn-off was at some tobacco barns, but although the barns were still there, the sign had gone. However, Tim confidently turned off and made various confident but signless turns until we eventually came across a sign marked RUINS, which was now rusty and lying on the ground.
As we got closer, the road remained awful but a better sign appeared and on arrival at the Ruins we found, as at Diana’s Vow, that someone had cut the grass in the car park. Clearly basic maintenance is still functioning even if the infrastructure has gone; our congratulations to who ever is keeping things going.  The ruins themselves are well worth seeing and we made another respectably long list of trees. Botanically, we were effectively amongst low kopjes and it was essentially a rocky flora we saw.

Present were the striking bright red winged fruits of Pterolobium stellatum. Here we also saw Canthium lactescens and Pappea capensis.
By now it was late afternoon and we still had the long drive back to Harare. Police activity was less on the return, but I was still being questioned and light shone into the back of my vehicle at 7 p.m. on the Arcturus Rd.

All in all it was a very enjoyable weekend and I would like to thank ALL the participants for their contributions to making it such a success.

TREE LIFE: ON THE SUBJECT OF TALLEST TREES…

Reading with keen interest on the activities of ‘dendrophiles’ of the Tree Society in Zimbabwe every month, I came to the end of the latest edition and read the article on ‘Researchers Scaling the World’s Tallest Tree’.
Whilst the author or researchers alluded to therein seem to make no claims, from the excerpt at least, that the Sequoia’s are the world’s tallest trees ever, I thought members might be interested in some other information on the world’s tallest trees. The article in Tree Life reminded me of my studies at University where this very subject was written about in one of my textbooks; to me most interesting.
It appeared under a chapter entitled “The Ascent of Sap”, and I reproduce the excerpt as follows:
“Taken as a group, the coast redwoods (Sequoia sempervirens) are the tallest known species of tree. But the Guinness Book of World Records also says that the tallest tree ever measured was the Furgeson Tree, an Australian eucalyptus (Eucalyptus regnans, called Mountain Ash in Australia) at Watts River, Victoria, Australia. It measured 132.6 metres (435 ft) tall and nearly 6 m (18 ft) in diameter at 1.5 m above ground level. It almost certainly measured 143 to 146 m originally.
A Eucalyptus amygdalina at Mount Baw Baw, Victoria, Australia is believed to have measured 143 m (470 ft) in 1885. In any case, water must have moved in some of the tallest trees, from the roots to the uppermost leaves, a vertical distance of well over 120 m.”
From: Plant Physiology Fourth Edition, Frank B. Salisbury & Cleon W. Ross. 1992. Wadsworth Publishing Company, Belmont California, USA.
-Steve Roskelly

A handful of seeds discovered inside a 200 year-old notebook at the National Archives in London have been nurtured to life by scientists at the Royal Botanic Gardens. The plants, including a shrub called Liparia villosa, a stunning pincushion-like flower called Leucospermum and a type of acacia, are now growing vigorously, they said.

The notebook in which the seeds were found carries the inscription of Jan Teerlink, a Dutch merchant who gathered them during a visit to the Cape of Good Hope in 1803. On his return journey, with a cargo of tea and silk, his Prussian vessel, Henriette, was captured by the British navy. All documents, including his notebook were seized and passed to the High Court of Admiralty. Some time later the notebook was handed to the Tower of London and later to the National Archives, where it lay undisturbed until curators stumbled across it.
The notebook was examined by Roelof van Gelder, a guest researcher from the Royal Dutch Library, who found 40 tiny packets inside containing 32 species of seeds. Most were labelled with Latin names, but others bore such tags as “Unknown mimosa”. “Seeds from a tree with crooked thorns” and “Seeds of the wild melons eaten by the savages along the Orange river”.
A few of each variety were given to ecologists at the Millennium Seed Bank, a $150m project run by the Royal Botanic Gardens at Kew in London that aims to preserve seeds from 10% of the world’s flowering plants. For one species the seed bank had only two seeds, one of which turned out to have been eaten inside by an insect.
“I didn’t think there was any chance of success whatsoever. Two hundred years is a very long time and these were kept in far less than ideal conditions,” said Matt Daws, a seed ecologist at the seed bank. “But it was also an opportunity that was far too good to pass up.”.
He exposed the seeds to smoke, since many seeds from the region are germinated by bushfires. They were then transferred to a jelly-like medium. The result: the team has two shrubs 10 cm high and an acacia nearly at waist height.
For Kew’s scientists, the project has been of more than historical interest. Dr Daws said: “If seed can survive that long in poor conditions, then that’s good news for those in the Millennium Seed Bank stored under ideal conditions.”

*Prize winner at the 2006 Zimbabwe Book Publishers’ Literary Awards
This delightful story tells the tale of a little acacia tree that has found itself in a cold blustery garden in Switzerland. Unable to bear the icy winter weather, he begs help from Monsieur Bise, a northern wind, who gruffly agrees to uproot him and carry him off on his long eventful journey back to southern Africa.
Stranded in the desert, tossed at sea and nearly overcome by equatorial weather conditions, the little acacia is helped to safety by Tata Silverback. He is finally swept onwards by southern winds to arrive bedraggled but safe in the savannah plains where he belongs.
Blessing Musariri has provided us with a richly imaginative story that illustrates how courage and determination in the face of the unknown is the pursuit of dreams, in which we inspire others to positive action/co-operation. 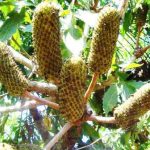 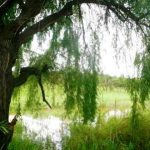