Having spent two weeks botanizing and fishing at Kariba I missed two events.  The first was the Botanic Garden Walk which however was attended by Mrs. Jill Masterson whose interesting account now follows.

On December 1st Mr. Tom Muller of the National Botanic Gardens showed Tree Society members some of the rare trees in Zimbabwe, which he has successfully planted and are now growing well. The first was Warburgia salutaris (CANELLACEAE) is so highly valued for its medicinal properties that it is virtually extinct in Zimbabwe.  It was, or still is, being sold in the Harare markets at a considerable price for just the bark.  By Sherlock Holmes methods it was traced back to its growth source “somewhere in the Eastern Districts” where great logs lay, stripped of their bark.  The only sign of life appeared to be some coppice growing from the cut trunks but, from this, healthy young trees now grow.

There was a Strychnos henningsii with tough leaves characteristically 3-veined from the base; this, a member of LOGANNACEAE, has a deep orange slash and occurs in the Nyoni Hills in the Rusitu area of south Melsetter.

Next was a well  grown Bivinia jalbertii,  FLACOURTIACEAE, also known only from the Nyoni Hills (which get the south-east moist winds and guti), known locally as Mutuputupey and greatly valued for building as the stem is absolutely straight and borer-proof.  A successful plantation has been established in Chiredzi because it is almost extinct from over cutting.

Oreobambos buchwaldii, POACEAE alias GRAMINEAE, grows in the Garden Forest area as a many stemmed bush resembling bamboo only known in Zimbabwe on Mount Bukwa.  There is a half acre of it in one area in the Northern Transvaal and it is in a few areas north of the Zambezi.  No flowering has been recorded here.

Androstachys johnsonii, Musimbiti, one of the Ironwoods, is a member of EUPHORBIACEAE  but most unusual in that family as it has opposite instead of alternate leaves; they are beautiful, like a wide ace of spades, thickly white-felted below and held up on a petiole, i.e. peltate.  It occurs in south-east Zimbabwe and also in the Kruger National Park.  It can be a big tree, is borer-proof and lasts for years as posts, etc.

Then there was the Screw-pine, Pandanus livingstonianus, rather palm like when adult but belonging to the family PANDANACEAE.  In the botanic garden it is at present a bush but later a leader will emerge, the other stems die off and the erect stem will eventually be supported by stilt roots.  This is known from the Msapa Gap in the Chimanimani Mountains.

We were shown a real palm, the fan-leaved Borassus aethiopum, ARECACEAE, very rare here, found only in the Eastern Districts but plentiful in Kenya on the Coastal belt, where it supplies an edible fruit almost as large as a football, leaves for mat-making and baskets, and the best African palm wine.  It grows slowly, up to 80 feet; at about 50 years old it flowers in heads up to 8 feet high and at the same time the stem develops a swelling in the centre.

By 1800 hours the rain threatened but we saw two rare APOCYNACEAE;  Voacanga schweinfurthii from just over our border with Mozambique and Funtumia africana, covered profusely with quite large pale yellow flowers with sharply cut petals, from just this side of the Chipinga border with Mozambique.  Members of this family usually have profuse white latex, glossy green, ex-stipulate, opposite or whorled leaves, e.g. Frangipani, and is often poisonous.

There were others too, but the rain came and we fled.  A most interesting afternoon.

The next event I missed was the Tree Planting Ceremony at the Makabusi Woodlands which was attended by a number of members including Jack Reid who kindly sent these notes:

Considering that some confusion was caused by the postponement of most of the tree planting ceremonies from the 5th to the 7th December, and the consequent doubt in many minds as to which of these days would see the ceremony at the Makabusi Woodlands site arranged by the Makabusi Woodland Association, there was a good attendance at 1000 hours, on the Saturday, including quite a number of Tree Society members.  It was heartening to see many school children, including a troop of Brownies, attending and taking a keen interest in the proceedings.

Mr Brookes-Ball, the chairman of the Association, introduced the dignitaries attending, who included the Mayor of Salisbury, Councilor Gwata, the West German Ambassador, Dr. Ellerkmann, and a representative of the Nigerian Embassy, Mr. Isaac Mazeli, who all addressed the meeting.  They emphasized the tremendous importance they placed on the need to preserve and restore or replace the woodlands of Zimbabwe for the future population of this country.

The Mayor then planted the first tree, a Mimusops zeyheri (the Great Zimbabwe tree); followed by Dr. Ellerkmann and the representatives of a large number of organisations, as well as some individuals.  For the Tree Society the high light of the morning was the planting of a Dracaena steudneri by Mrs. Sally Aylen, widow of Douglas, the true “father” of the Makabusi Woodland.

After a closing address by Mr. Brookes Ball, Mr. Norman Dennet of the Association gave a most interesting and informative talk on the aim of the Association, with many details of the plans for putting those aims into practice.  He stressed the enormous monetary value of the land to the City Council and the consequent necessity to ensure that its value as an amenity for the City was realized to the maximum.  To this end the primary objective was to develop the area as an environmental educational centre for all the school children of the City, providing a wide range of practical educational aids, which no individual school could hope to provide.  Amongst other projects he described the Association’s plans for the building of an extensive “Interpretation Centre” and lecture hall, the introduction of game animals in a fenced off portion of the Woodlands (primarily to attract the children and public to the area), they building of a small dam on the Chiraura stream and the building of a residence for the care taker (already appointed).

All in all, a most enjoyable and informative morning.

Finally, it should be mentioned that the majority of the trees planted were provided by our chairman, Mrs. Meg Coates Palgrave.

As there is no December outing, I thought it would be a good idea for a re-cap of some interesting and unusual things which we were told about on our outings.  Hal Burrows has kindly sent the following note:

Mr. Gerald Pope of the National Herbarium has kindly supplied the following information concerning this plant which grows on twigs and branches of Brachystegia and Julbernardia species, and probably occurs throughout much of the Central African area where these species are found.

The plant feeds on the twigs and branches of these trees, eventually killing the most affected parts of the tree.

The plant flowers during the rainy season.  Flowers are pinkish or flesh coloured, the petals being pinkish-red with paler margins, rather fleshy in texture, and are visited by flies, ants and other insects.  The small cup-shaped perianth remains on the twig or branch and badly affected branches have a barnacle encrusted appearance.

Trevor Gordon joined us on our visit to Serui Source and spotted the “nests” in the Winter Cassia, Cassia singueana, which has prompted these thoughts from him.

The identification of our trees and shrubs is no easy job for the layman.  However, I have found that if a real interest is taken and keen observations made of the whole environment the task becomes easier and infinitely more interesting.

We know that botanical names are tongue twisters and, to add to the problem, after one has committed the name to memory, possibly to the point of displaying the new found knowledge to the ignorant and doing some button shining, we are told that the name was changed last week. My brain, unfortunately, does not accept this sort of abrupt switch and so when it happens I am not silent about it.  But it is quite unnecessary to learn the botanical names in order to acquire a real appreciation of one’s natural surroundings.

By making observations of the habitats, general shapes, seasonal changes, insects, birds, etc., a pattern can emerge which can be the basis for identification.  The African’s knowledge of the natural vegetation is based on three main values; food, medicine and timber.  I give below a few illustrations to substantiate my remarks however one must accept that exceptions will occur.

Habitats:  A granite kopje.  The first tree we would expect to find would be the Mountain Acacia (not an acacia at all but the same family as the Msasa).  This is the Brachystegia glaucescens, one of the loveliest trees we have.

Seasons: Who can miss the glorious colours of the Msasa, Brachystegia spiciformis, usually in September.

Shape: One of the most beautifully shaped trees in the bush is the Mobola plum, Parinari curatellifolia, which always appears to have been pruned into shape with lovely rounded crown and a straight trunk.

Insects: The winter flowering Cassia singueana which flowers from about March to September is an example under this heading.  They will often have what appears to be a spider’s web hanging from the ends of their branches.  These are the nests made by the caterpillars of the moth Diapalpus congregarius.  The moth lays her eggs on the Cassia long before the new leaves emerge, the larvae or caterpillars hatch out and feed on the young leaves until, in time, when ready to pupate, they weave this nest as a shelter in which to build their cocoons  eventually the cycle is complete and the new moths emerge.  They are 4 to 6 cm in wing span and light or golden yellow in colour.  I have observed that the same nest can be used more than once.  To find this nest is a good identification of Cassia singueana.  I have only once seen a nest on C. abbreviata.  The nests are sometimes ripped open by some predator.

Birds:  Are pointers to the type of fruit the tree or shrub bears and so, examination can lead one to the right category.

The new impression of this book is out and we have seen it in the book stores in Salisbury at $18.30 which is a satisfactory small increase over the last impression.  That is the good news.  Here is the bad.
A half-hearted attempt has been made to make the necessary name changes, and, although they have been changed

(b)   The changes have not been followed through to the keys, the index or the illustrations where the old names still appear.

To anyone who does not realise what has happened this must be total confusion.  By letting you know I hope it will help you sort it out.  The only redeeming point is that, as less than 50% of the names have been changed, the book is still 95% accurate and they have corrected most of the typographical errors which were in the first impression.

Sunday January 3rd :  If you have not been recently to see the Circular Drive, Burnside, vegetation then it is well worth a visit before the grass gets too long.  Meet at No. 6, Caithness Road, at 0830 hours.

Sunday February 7th :  Leader, Val Deas, who suggests walking through the area beyond the playing fields to Northlea School where the trees are very promising.  Meet at the City Hall Car Park at 0830 hours.

My thanks to all the contributors to this Newsletter. 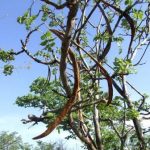 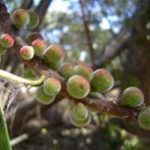